Childish Gambino Wins Record of the Year, Collaborators Shout Out 21 Savage: 'He Should Be Here'

Childish Gambino (otherwise known as Donald Glover) picked up a record of the year Grammy on Sunday for “This Is America” — making it the artist’s fourth award of the night.

While Glover was not in attendance at the awards show, several of his collaborators took the stage to accept on his behalf.

Songwriter Ludwig Göransson said working with Glover has been the “one of the greatest joys of my life.”

He also gave a shoutout to rapper 21 Savage, who was arrested last week by U.S. Immigration and Customs Enforcement.

“He should be here tonight,” said Göransson.

Gambino was nominated for five total awards this evening; in addition to record of the year, the rapper-musician earned nods in the categories of song of the year, best R&B song, best rap/sung performance, and best music video.

Last year, the artist was nominated in the same category for his song “Redbone” but fell short to Bruno Mars‘ “24K Magic.” He did take home a Grammy in 2018 for best R&B performance, also for “Redbone.”

In May, Glover released the music video for “This Is America,” which tackles the issue of police brutality and racism in America, and it immediately became a viral sensation.

The video — which contained violent imagery — was also filled with commentary on gun violence, CNN noted. In the beginning, Glover shoots a tied-up man in the back of the head; the gun is then handled with care as the body is dragged away. He later unloads bullets on a gospel choir, a possible reference to the nine people killed in the 2015 Charleston church shooting. Again, the firearm is taken away on a red cloth, as noted by Forbes.

Despite some backlash for simply making a violent video for controversy’s sake, many other stars praised Glover for putting a spotlight on some major issues, including Jaden Smith, Adele, and Terry Crews.

A frequently-asked question leading up to the Grammys is: What’s the difference between the record of the year and song of the year awards? According to the Recording Academy, the record of the year is meant to “recognize the artist’s performance as well as the overall contributions of the producer(s), recording engineer(s) and/or mixer(s) if other than the artist”; meanwhile, the song of year award “recognizes the songwriter(s).” 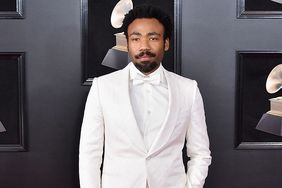 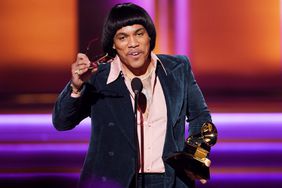 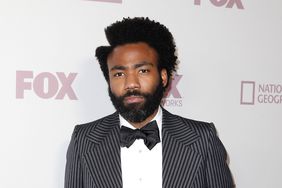 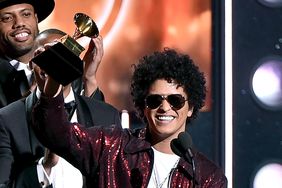