Lady Gaga and Metallica to Duet at Grammys

Lady Gaga and Metallica will share the stage at the 59th Grammy Awards, the Recording Academy announced Tuesday.

Whispers of the forthcoming collaboration on Music’s Biggest Night first began making the rounds late on Monday, when a Gaga fan account tweeted a snippet of an alleged promo clip for the show, which announced: “Lady Gaga duets with Metallica.” The clip also featured shots of previously announced performers Little Big Town and Katy Perry.

The Grammys news came one day after the “Million Reasons” singer, 30, headlined her show-stopping (not to mention, high-flying) Super Bowl halftime performance in Houston, where she performed a medley of hits including “Poker Face,” “Telephone” and “Bad Romance.” In the hours that followed her set — the second-most-viewed halftime show in history — Gaga announced her Joanne World Tour.

This wouldn’t be the first time both Gaga and Metallica paired up with other performers at the Grammys. Mother Monster memorably took the stage for a “Poker Face”-“Speechless”-“Your Song” mash-up with pal Elton John in 2010 and, last year, took the stage with Nile Rodgers for an epic tribute to David Bowie. Meanwhile, Metallica — who are up for this year’s Best Rock Song title for their 2016 single “Hardwired” — last teamed up with Chinese pianist Lang Lang on their classic hit “One.” 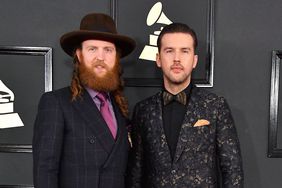 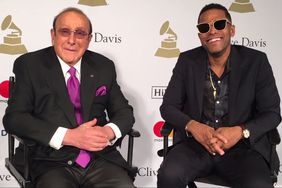 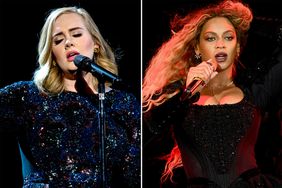