Adele Wins Grammy for Record of the Year, Wants Beyoncé to 'Be My Mummy'

The hyper-competitive record of the year trophy went to Adele for her smash hit “Hello” at the 59th annual Grammy Awards — the singer swept the three major awards at the show.

“Thank you to everyone who voted, and thank you to my manager,” the 25 singer said. “The comeback, as it were, was completely masterminded by him and you executed it incredibly.”

Adele previously gave her love to pal and fellow nominee Beyoncé, mouthing “I love you” to the Lemonade singer as she went up to accept her song of the year trophy.

“And my idol is Queen Bey and I adore you,” the singer said during her record of the year speech. “You move my soul every single day and you have done for nearly 17 years. I adore you and I want you to be my mummy, alright?”

This year’s list was stacked with powerhouse hits: Beyoncé’s “Formation,” Rihanna’s “Work” featuring Drake, Lukas Graham’s “7 Years,” and Twenty One Pilots’ “Stressed Out.” Though each vied for the golden gramophone, pre-show buzz was that this was always a race of two — though as Rihanna’s only all-genre nomination for her excellent eighth LP, ANTI, there was plenty argument for her victory.

Adele dropped “Hello,” which she co-wrote with producer Greg Kurstin, in October 2015 and the records started shattering. First was Vevo’s record for most single-day views when it notched 27.7 million in a 24-hour period. (The record previously was held by Taylor Swift’s fire-powered “Bad Blood,” which garnered 20.1 million.) And by January, it had become the fastest climb to one billion views for any other video ever.

The song has opened each of Adele’s 25 tour dates. 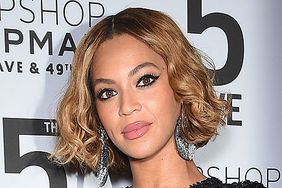