G-Eazy was allegedly involved in a physical altercation last week.

The 32-year-old rapper, born Gerald Gillum, was arrested Monday afternoon in connection with an altercation that took place outside the Boom Boom Room at the Standard Hotel in New York City around 12:50 a.m. Friday, the NYPD tells PEOPLE.

In the scuffle, a 32-year-old man was punched and suffered redness and swelling to the head, but refused medical attention, according to the NYPD, who say a 29-year-old male was also punched.

G-Eazy was charged with assault and issued a desk appearance ticket for both arrests, the NYPD tells PEOPLE. He is not currently in custody.

A rep for G-Eazy did not immediately respond to PEOPLE's request for comment.

The flare-up reportedly occurred around 1 a.m. on Sept. 10 at the popular Manhattan club.

According to TMZ, a man from the other group claims that one of the "No Limit" rapper's companions hit him in the head with a glass bottle, resulting in him having to seek treatment at a hospital. The man G-Eazy allegedly punched refused medical attention, TMZ reported.

Two days later, G-Eazy attended the 2021 MTV VMAs in Brooklyn. His fourth studio album, These Things Happen Too, is set to be released Sept. 24.

The recent incident comes after G-Eazy was convicted of assault, drug possession and resisting arrest following a nightclub brawl in 2018.

The "Me, Myself & I" rapper was sentenced to two years probation and ordered to pay 80,000 krona (about $9,000) for his crimes, as well as 6,500 krona (about $810) restitution to the security guard he was accused of assaulting, a courtroom source confirmed to PEOPLE at the time.

Of his actions, G-Eazy apologized during a court appearance at the time.

"I'm very sorry and want to apologize for all I've done," the rapper said, according to Swedish newspaper Aftonbladet, explaining the incident was out of character and that he is not a violent person. Turning to the nightclub bouncer he was convicted of assaulting, G-Eazy added, "I feel very bad and I apologize from the bottom of my heart." 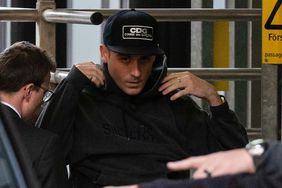 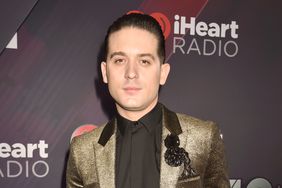