Fergie has candidly opened up about her lowest point during her battle with addiction to crystal meth.

“I was [suffering from] chemically-induced psychosis and dementia. I was hallucinating on a daily basis,” she said of the drug abuse. “It took a year after getting off that drug for the chemicals in my brain to settle so that I stopped seeing things. I’d just be sitting there, seeing a random bee or bunny.”

However, the rock-bottom moment was also a learning experience.

“The drugs thing, it was a hell of a lot of fun… until it wasn’t. But you know what, I thank the day it happened to me. Because that’s my strength, my faith, my hope for something better,” she said.

The former Black Eyed Peas member has been very open about her drug use in the hope her story would help others.

The star once told Time that her drug addiction “was the hardest boyfriend I ever had to break up with.”

“I dug deep as to why I got there. It’s the drug that’s addicting. But it’s why you start doing it in the first place that’s interesting,” Fergie said. “A lot of it was being a child actor; I learned to suppress feelings.”

Recently, fans expressed concern on social media over Fergie’s behavior after an off-script stage crash at the TrevorLIVE Gala in L.A.

“She’s happy and healthy,” her rep told PEOPLE on Monday.

RELATED: Fergie Reveals ‘It Was Getting a Little Weird’ Pretending to Still Be with Josh Duhamel Before Going Public with Split

In September, Fergie and husband Josh Duhamel announced they had recently split in a joint statement provided exclusively to PEOPLE; the couple continues to co-parent 4-year-old son Axl Jack.

“A separation is hard for anyone, but she’s doing really good,” Fergie’s rep added. 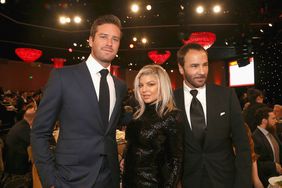 Inside Fergie's Awkward Moment at the TrevorLIVE Gala: 'It Was a Gag That Fell Flat' Says Rep 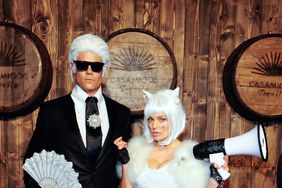 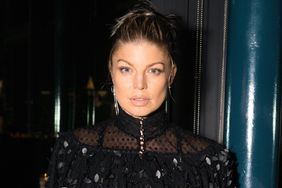 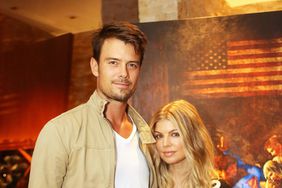