Faith Evans,' Masked Singer' 's Skunk, 'Chose to Shut My Schedule Down' to Care for Son with Autism

"There's so many moving parts to navigate, having a child with special needs," the Grammy winner tells PEOPLE

Faith Evans doesn't find it a load of bull that she didn't beat Bull in The Masked Singer's Group A Finals on Wednesday.

Additionally, with her identity as Skunk finally revealed, "I'm excited for people to stop asking me if it's me," she quips.

Narrowly missing out on battling for the Golden Mask trophy in the season finale gave the mother of four more time at home with her family.

The Grammy winner has largely stepped away from performing to focus on caring for her 14-year-old son Ryder, who lives with autism.

"It felt great, because I could do it still even after not having done performances in so long," Evans says of returning to the stage. "It's not like I walk around the house singing every day. I literally have not been performing or singing, so it definitely reassured me that you can still do this."

Evans talks to PEOPLE about sweating as Skunk, being there for her youngest son and leaning on God during difficult times.

Why did you want to go on The Masked Singer?

The last three-and-a-half to four years I really haven't been doing much working as far as performing and recording because my 14-year-old son is on the autism spectrum and has been going through a lot of legal stuff with the school district. We actually pulled him out of school before the pandemic, so he's been privately homeschooled for a while.

There are so many moving parts to navigate, having a child with special needs, so I chose to shut my schedule down as far as that. This was a great honor to have this opportunity and it's based in L.A. and I had enough time to put things in order for someone to be at home with my son while I was working. I said, "Why not?" I'm hoping that they'll call me back to be a guest judge or something.

Did you find it hard to step back?

I've never been a heavily touring artist, I've always had children. I had my daughter before I got my first record deal. As I had more children, I kind of always chose to not be away from home so much. Thankfully I had decent success to not have to be on the road to supplement the income but certainly, this isn't the first time [I took a break]. When you're coming from the right place you can't go wrong.

Were you shocked that judge Robin Thicke guessed you pretty early on?

I wasn't surprised at all with Robin guessing very early on as we've worked together a few times. I know he would know my voice. But for some reason I thought that you're unmasked when they guess who you are, so when I got the gig I was nervous because I'm like, I already know Robin's going to guess me so I'm not going to be staying long! Thankfully that's not the case.

Why did you pick the Skunk costume?

I chose the skunk because she was cute, she was sexy, glamorous, but also, I am biracial and so I thought kind of the black and white thing, it was a cute little play on that.

It was not easy performing under the costume. The costume had four layers as well as that 20 lb. tail. The dress had that fishtail bottom so I couldn't move that much. And then the mask, I was almost choking on my sweat after the first performance. We had to get some air holes in the mask so that I could breathe a little more. But after that, I got the hang of it, but we definitely had to get more air coming into that mask.

RELATED VIDEO: Willie Robertson Chats About Being an 'Under Duck' on The Masked Singer

Which guesses for your identity did you find the funniest?

Sade. That was probably the funniest one. I thought, 'We don't sound anything alike!' But, hey, I'll take it.

You said in your clue package Wednesday that The Masked Singer showed you that you can be "a badass mom and performer." What message do you want to send to other parents?

I had to put other things on hold for the sake of my children, especially when I was out very actively performing and recording and doing shows. But even if I wasn't a performer, I'm sure I would have still made those same decisions because like I said, if you're coming from the right place, you can't go wrong.

The fact that I know I am their No. 1 advocate and it's absolutely necessary for me to be there, I know that I will be blessed and God will always make sure I'm okay. And that I'm able to come back and do things like this and maybe even to go on that tour if I wanted to.

Did doing The Masked Singer inspire you to think about making any new music or getting back on the road?

Well, the thing that hasn't changed is my schedule and the fact that I'm still in legal battles with the school district for my son, so until that's completely taken care of, I don't have any plans as of yet. I did take a few shows coming up in the spring, but I'm not ready to do an album or go on a full-out tour yet because I need to know that everything is in place for my son before I can do anything like that.

You've been going through your own changes in your personal life with the divorce — who is there for you like you've been for your kids?

I have a very, very great group of friends and some of which I lean on for different things. But I also have a very strong relationship with God and I know that to whom much is given, much is required and that meaning goes a long way. So I look at every obstacle, every difficult time, every trial as a blessing because He made me strong enough to get through it. 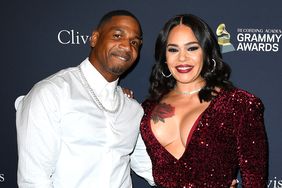 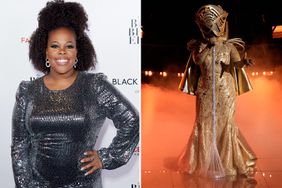