"It's your funeral," Eminem wrote on Twitter, announcing the release of his new album, Music to Be Murdered By

On Friday, the Grammy-winner, 47, dropped an unannounced album titled Music to Be Murdered By.

“It’s your funeral…” Eminem wrote on Twitter, announcing the release and revealing the Alfred Hitchcock–inspired album art that depicts himself holding an ax and gun to his head. A second bloody album cover shows Eminem holding a shovel while wearing a suit and tie.

Across 20 tracks, the rapper’s 11th studio album taps into the star’s dark side, with songs like “Never Love Again,” “Lock It Up” and “Darkness,” which also came with a new music video that puts viewers in the POV of a mass shooter. At the end of the video, Eminem watches as a plethora of mass shooting headlines flash across several TV screens before asking the viewers: “When will this end?”

The video then includes a voting register link with the words, “Make your voice heard and help change gun laws in America.”

Warning: the video below contains violence and a mass shooting storyline.

For the album, the artist, born Marshall Mathers, receives several assists from music industry heavyweights, including pop star Ed Sheeran, who sings “I love the way you move like that” on the song “Those Kinda Nights.”

Late rapper Juice WRLD is also featured on the album in the track “Godzilla,” where the young artist — who died of a suspected drug overdose in December at age 21 — joins Eminem on the song about feeling like a monster, ending with Eminem’s trademark speedy rapping style.

Though Eminem’s album has just dropped, the rapper has already stirred up online controversy for his track, “Unaccommodating,” with a lyric that references the 2017 bombing at an Ariana Grande concert in Manchester that killed 22 people.

“But I’m contemplating yelling ‘bombs away’ on the game like I’m outside of an Ariana Grande concert waiting,” he raps in the song, which also name-checks Osama bin Laden, John Wayne Gacy and JonBenét Ramsey.

The Detroit native’s last album, Kamikaze, dropped in 2018 — another surprise release that included politically fueled themes and criticisms of President Donald Trump and Harvey Weinstein, among others.

Murder to Be Murdered By is now available to stream. 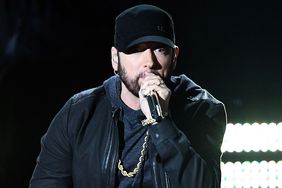 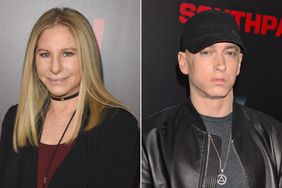 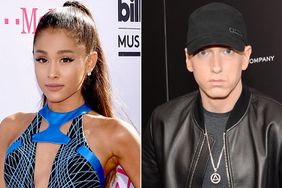