Ellie Goulding on Her Crippling Anxiety: 'I Was Scared I Wasn't as Good of a Singer as Everyone Thought'

Ellie Goulding started experiencing severe anxiety and panic attacks at the start of her career, but says she now manages it with exercise.

Her mental health problems started when Goulding, 30, shot to fame for her song “Lights” in 2010.

“My new life as a pop star certainly wasn’t as glamorous as all my friends from home thought,” she says in an interview for Well + Good. “Secretly, I was really struggling physically and emotionally.”

Goulding says she started doubting her worth as a singer.

“I think part of what sparked my panic attacks was not feeling confident enough to believe in myself — I was scared I wasn’t as good of a singer as everyone thought I was,” she says. “And as the stakes grew, I was afraid of letting everyone, including myself, down.”

From Coinage: What Is The Grammy Bounce? (No, It’s Not A Dance Move)

Though she made her way through arena tours and live television performances with apparent ease, on the inside, Goulding was filled with fear.

“Last year, I was asked to perform at the Grammys — a massive honor but, as you can imagine, pretty nerve-wracking. In the moments before I walked on that stage, I gave myself a good talking-to. I was annoyed for being paralyzed with nerves every time I was about to perform on television,” she says. “I told myself that this was exactly where I was supposed to be and if other people believed in me, I had to start believing in myself.”

To further manage her anxiety, Goulding turned to boxing and kickboxing.

“I love that extra kick of adrenaline,” she says. “Keeping fit doesn’t mean spending hours at a gym; the key is to find a workout you really love. The more I started doing classes and also working out with my trainer, Faisal Abdalla, the better I felt about myself.”

And Goulding emphasizes that she doesn’t work out to lose weight — it’s simply for her health.

“It wasn’t about any change in my outward appearance; it was about seeing and feeling myself get better and stronger,” she explains. “It carried over into other areas of my life, and now I truly feel that exercise — however you like to work out — is good for the soul.”

While she still gets flutters of nerves before performances, she says it’s become much more manageable.

“It took time, but I’ve accepted that everyone feels nervous before they perform — it’s not just me,” Goulding says. “And now that I believe in myself more, that confidence comes through, whether I’m working out, singing onstage, or just hanging out by myself at home.” 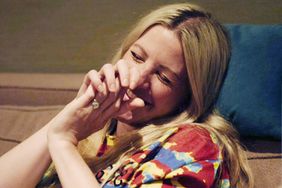 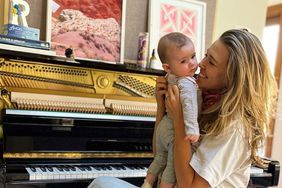 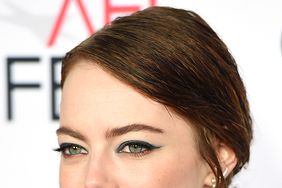 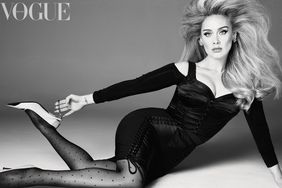