Ed Sheeran Confirms He and Cherry Seaborn Are Married

Ed Sheeran and Cherry Seaborn reportedly tied the knot in December at their home in Suffolk, England, in front of 40 friends and family members

Ed Sheeran is officially off the market!

On Friday — the same day he dropped his new album, No.6 Collaborations Project — the British singer confirmed in a video interview with iHeart Radio’s Charlamagne The God posted to his YouTube channel that he and his longtime love Cherry Seaborn had tied the knot.

When Charlamagne Tha God asks about his more personal lyrics on "Remember the Name," featuring Eminem and 50 Cent, Sheeran references the verse that says, “Watch how the lyrics in the songs might get twisted / My wife wears red, but looks better without the lipstick.”

“It was actually before me and Cherry got married and I knew that we’d be married by the point that the song came out,” said Sheeran, 28. “[I thought] Someone’s gonna hear that and be like, ‘Oh, they’re married!’ I didn’t know how that would be construed, but obviously it’s already come out.”

Sheeran also referenced the nuptials when discussing the lead single from the record, “I Don’t Care” featuring Justin Bieber.

He added, “It was actually Cherry’s idea, because she was like, ‘Oh, why don’t you get Bieber? Like, he’d be perfect for this … it just fits.'”

RELATED GALLERY: All the “Perfect” Things Ed Sheeran Has Said About His Romance with Rumored Wife Cherry Seaborn

The Sun reported in February that Sheeran and his longtime girlfriend had tied the knot in December at their home in Suffolk, England, in front of 40 friends and family members.

“Ed got married a few days before Christmas. It was very quiet — just Ed’s oldest school pals, limited family and the priest,” the paper reported. “He wanted no fuss and he wanted it to be something entirely for them — just a tiny winter wedding … Neither of them were that fussed about making a big deal about it.”

The Sun also reported the pair was planning a larger celebration their wider group of friends in the summer.

A rep for the "Shape of You" singer could not be reached for comment by PEOPLE at the time.

RELATED VIDEO: Ed Sheeran: I Took a Year Off to “Get to Know” Now-Fiancée Cherry Seaborn

Sheeran first met Seaborn at school when he was 11 — but their relationship didn’t turn romantic until the summer of 2015, when they reconnected and shared their first date at Taylor Swift‘s then-annual Fourth of July fête.

In January 2018, Sheeran revealed he’d popped the question to Seaborn — who inspired his ballad "Perfect" — over the 2017 holiday season.

“Got myself a fiancée just before new year,” the Grammy winner wrote on Instagram. “We are very happy and in love, and our cats are chuffed as well xx.”

iHeartRadio will broadcast audio from the interview special at 8 p.m. local across more than 150 iHeartRadio Pop, Hot AC and Rhythm stations nationwide and digitally on HitNation and iHeartRadio.com. 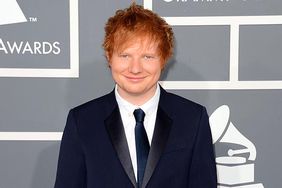 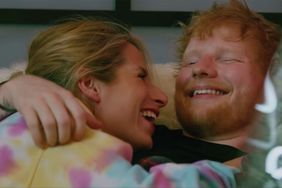 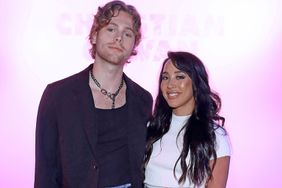