Nicole Young filed for divorce from the rapper in June

Nicole Young is seeking nearly $2 million per month in temporary spousal support amid her divorce from Dr. Dre.

In court documents, obtained by PEOPLE, Young, 50, is asking for $1,936,399 in monthly temporary spousal support. She is also seeking $5 million in legal fees.

Dre's lawyer did not immediately respond to PEOPLE's request for comment.

TMZ was the first to report on Young's latest court papers.

Young filed for divorce from Dre (born Andre Romelle Young), 55, in June after 24 years of marriage.

The rapper filed a response, revealing that the couple had a prenuptial agreement — despite initial reports that said they did not have one. Young, however, is disputing the validity of that agreement, saying that she was forced to sign it and that Dre ripped it up, rendering it invalid after they were married.

In a filing obtained by PEOPLE in August, Young asked the court for an early trial to determine the prenuptial agreement's validity.

Young claimed that her husband's "net worth is estimated to be in the ballpark of $1 billion" in the filing, adding that he earned much of that sum during their marriage. Forbes last year estimated Dre's net worth at $800 million, and in December the rapper was named the highest-earning artist of the past decade by the outlet.

"Before our wedding date, Andre demanded that I sign a premarital agreement that 16 of his lawyers had drafted," Young said in a declaration attached to the filing.

"Andre, at the time, was a well-known producer and rapper in the music industry, but he had not reached anywhere near the pinnacle of his music, entertainment and business career that he achieved during our marriage," she said. "He told me that I must sign a premarital agreement or he would not marry me."

"I was extremely reluctant, resistant and afraid to sign the agreement and felt backed into a corner," Young said, adding that she was "left with no option" but to "unwillingly" sign the prenuptial agreement shortly before their wedding in 1996 because of the "extraordinary pressure and intimidation by Andre."

However, Young said that Dre "acknowledged to me that he felt ashamed he had pressured me into signing a premarital agreement and he tore up multiple copies of the agreement in front of me" about two to three years into their marriage.

"Since the day he tore up the agreements we both understood that there was no premarital agreement and that it was null and void," she said in the declaration. 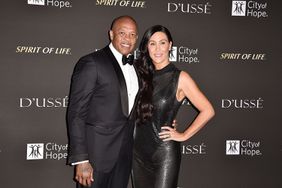 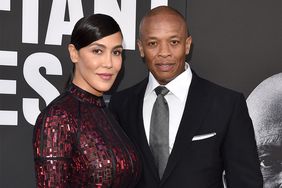