Friends of The Cranberries singer Dolores O’Riordan are shocked by her sudden death, including those who were in contact with her just recently.

In a statement obtained by PEOPLE, O’Riordan’s longtime friend and Eleven Seven International Managing Director Dan Waite revealed the 46-year-old Irish musician had left a voicemail on his phone hours before she died.

“Dolores left me a voice message just after midnight last night stating how much she loved Bad Wolves’ version of ‘Zombie.’ She was looking forward to seeing me in the studio and recording vocals,” Waite said of O’Riordan’s remix of The Cranberries’ 1994 hit single with the hard rock band, Bad Wolves.

“She sounded full of life, was joking and excited to see me and my wife this week. The news of her passing is devastating and my thoughts are with Don her ex-husband, her children, and her mother,” he added.

O’Riordan was scheduled to record her vocals in London on the day of her death.

“We are shocked and saddened at the news of Dolores’s passing, mere hours before she was to record vocals on our upcoming version of Zombie. We have always had deep respect for her as an artist and a vocalist and she was never afraid to bare her soul in her music and lyrics,” Vext said.

“Zombie is an incredibly personal song and although we are a hard rock band, we always felt the rawness and honesty she projected on stage and in her recordings was something to which all bands should aspire to, regardless of genre. When we heard she liked our version and wanted to sing on it, it was the greatest compliment a new band, or any band for that matter, could have received,” he continued.

Concluding, “Our hearts are broken that we were not able to see this collaboration through and our deepest condolences go out to her family, friends, loved ones and fans in Ireland and around the globe. We hope we can still make her proud by sharing our version of Zombie with the world.”

“From the very first time I met Dolores, I knew she was a great talent. Managing the Cranberries and being part of making ‘Zombie’ one of the biggest records of its time was a great professional honor,” he said. “So when Dan Waite called me suggesting a collaboration with Dolores and Bad Wolves’ on ‘Zombie,’ I was excited to once again be a part of the magic she was able to create. My heart goes out to her children, I hope they can find some peace despite this tragic event.”

The remaining members of The Cranberries also spoke out about their grief on Monday.

“We are devastated on the passing of our friend Dolores,” Fergal Lawler, Noel and Mike Hogan wrote in a joint statement on social media. “She was an extraordinary talent and we feel very privileged to have been part of her life from 1989 when we started the Cranberries. The world has lost a true artist today,” they added.

In July, the band thanked fans for their “outpouring of support” after they were forced to cancel most of their European summer tour because of O’Riordan’s “recovery from her ongoing back problem.”

“Her doctors have now instructed her to cancel her upcoming almost sold out tour of North America with the band,” they added, saying her recovery “has not been going as well as expected.” The musicians were scheduled to tour in the States from Sept. 11 through Oct. 6.

O’Riordan’s cause of death has not been announced.

“Police in Westminster are dealing with a sudden death. Officers were called at 9:05 a.m. on Monday 15th January to a hotel in Park Lane. A woman in her mid-40s was pronounced dead at the scene. At this early stage, the death is being treated as unexplained and inquiries continue,” police said in a statement to PEOPLE.

Just a little more than three weeks before her sudden death, O’Riordan assured her fans she was “feeling good” after canceling the band’s tour earlier in the year because of ongoing issues with her health.

“Hi All, Dolores here. Feeling good!” she wrote on the band’s Facebook account. “I did my first bit of gigging in months at the weekend, performed a few songs at the Billboard annual staff holiday party in New York with the house band. Really enjoyed it! Happy Christmas to all our fans!! Xo.”

O’Riordan is survived by her three children: son Taylor, 20, and daughters Molly, 16, and Dakota, 12.

Many celebrity fans of The Cranberries, including James Corden, Hozier and Duran Duran, expressed their condolences on social media. 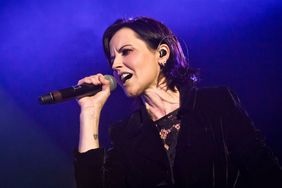 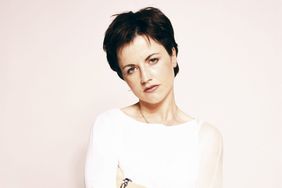 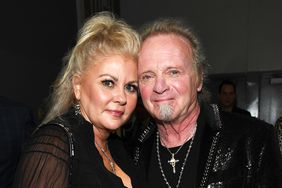 Taylor Hawkins Was Suffering from Chest Pains at Hotel Before Sudden Death, per Colombia Health Officials 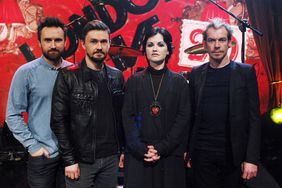 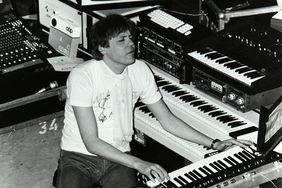 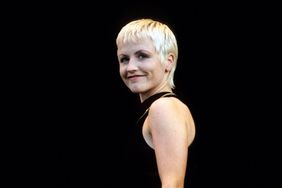 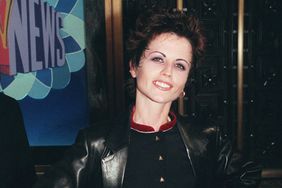 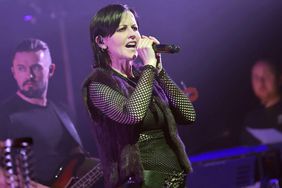