DJ Victor Calderone Diagnosed with Cancer After His Dog Tuco Detected It: 'You Are Our Miracle Pup'

"No need for concern, I will be fine," Victor Calderone assured, after his dog Tuco was able to detect his cancer early

Victor Calderone was recently diagnosed with cancer, which he caught early, thanks to a four-legged furry friend.

The New York City-born DJ, 54, announced the news on Instagram Monday, after his dog Tuco was able to detect his cancer and trigger a symptom, sending him to the emergency room. "I never imagined the immense love I would develop for Tuco and how he would change my world as I know it," Calderone wrote on Instagram.

"I was opposed to getting a dog for years while [son] Jivan and [wife] Athena campaigned hard to get one," he continued. "Call it coincidence or divine intervention, but what I do know is this little guy came into my life for a reason. And although we rescued him, I believe he saved me."

Ashley Cain to Start Cancer Charity in Late Daughter Azaylia's Name: 'She Has Guided Us'

He went on to explain that his diagnosis is not life-threatening, thanks to Tuco's intervention. "I was recently diagnosed with cancer," Calderone wrote. "No need for concern, I will be fine — it was caught early because of Tuco. He triggered both the symptom and the awareness that I needed to go to the doctor which in turn sent me to the ER. In the words of the ER doctor "your dog saved your life" Thank you Tuco — I love you more than you know. You are our miracle pup."

Cancerous cells produce a very distinct odor, which even human noses can smell in the late stages of the disease. But with a sense of smell that is 10,000 to 100,000 times superior than humans, dogs can often detect the smell early, before it spreads, according to the American Kennel Club.

Victor posted a photo from the hospital to his Instagram story of several wires hooked up to his chest. "The wound is the place where the light enters you," he wrote, quoting 13th century Persian poet Rumi.

His wife Athena, an interior designer, also shared the incredible news on Instagram, explaining that she's felt "so many conflicting emotions" since the diagnosis. "I try to live life in the present and gently guide my mind away from 'what ifs' at every turn," she wrote in part.

"But this past week I was confronted with life's greatest 'what if' — and one that could not be ignored," Athena continued. "I do not know what our family would be battling if not for Tuco. He is our little miracle pup as he discovered and detected cancer within Victor, triggering a symptom that immediately sent him to the ER."

The couple has since returned home, where Athena shared a photo of Victor and Tuco reuniting with a hug. She also posted a photo of her husband resting up on the couch, as their miracle pup sat close by. 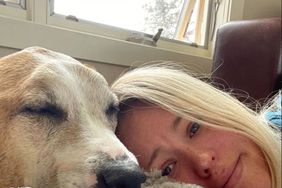 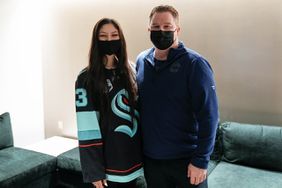 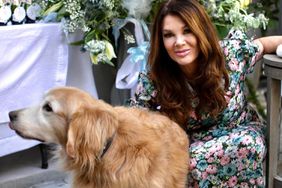 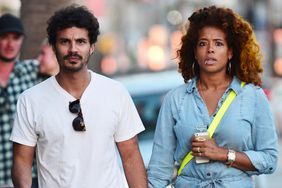 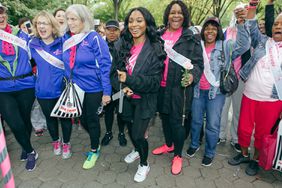 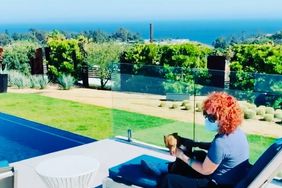