A DJ is dead after the stage he was performing on collapse during the Atmosphere Festival in Esteio, Brazil, on Sunday afternoon

A deejay is dead after the stage he was performing on collapsed as horrified music fans watched on during the Atmosphere Festival in Esteio, Brazil, on Sunday afternoon.

According to NPR, 30-year-old Kaleb Freitas was performing a set during strong winds and looming storm clouds when the stage collapsed and struck him in the head. He was taken to a nearby hospital but pronounced dead upon arrival.

Other people were treated for injuries, but no exact number was available, according to the outlet.

Video of the incident was tweeted out by festival goers, showing the harrowing scene as winds knocked down the ceiling of the stage.

A statement from festival organizers posted on Facebook read: “We always cherish the safety of our attendees, following all the processes, reports and authorizations requested by the local authorities,” continuing with, “we lost a friend, an artist. Our priority is to assist the wounded and their families.”

According to the New York Daily News, about 5,000 concertgoers were attending the festival when the stage collapsed.

Freitas’ last post on Instagram showed him at the festival grounds, excitedly sharing with his fans the layout. His post was flooded with condolences from his fans. 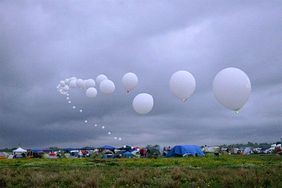