Dick Dale died on Saturday after suffering from many health issues for several years, according to reports

Dick Dale, the “King of the Surf Guitar” whose biggest hit served as the opening song for 1994 cult classic Pulp Fiction, has died, according to multiple reports. He was 81.

Dale — a rep for whom PEOPLE was not able to immediately contact — is known as the pioneer of surf rock, the rock music subgenre defined by Southern California’s surf culture. Along with his band the Del-Tones, Dale (né Richard Anthony) is most known for his ’60s hit “Misirlou,” which was sampled by the Black Eyed Peas for their popular track “Pump It” in 2006.

Actor Seth Rogen remembered Dale in a tweet after news of the musician’s death broke.

“Once I drove an hour and half to see Dick Dale perform at a horse track, and it was wonderful. RIP,” Rogen tweeted.

Born in Boston to a Lebanese father and Polish-Belarusian mother in 1937, Dale drew on his Middle Eastern heritage to develop his unique sound, which has paved the way for surf rock bands like the Surfaris, the Chantays and Eddie and the Showmen, according to Variety.

In a 2015 Billboard interview, Dale, who toured well into his later years, spoke openly about his health issues, revealing that he suffered from diabetes, back problems and kidney failure, among other ailments. Still, Dale couldn’t keep away from the stage.

“Even with my illnesses and diseases, I’m faster with my hands than I’ve ever been,” he told the publication.

However, it was not just Dale’s love of music that kept him touring. He told the Pittsburgh City Paper in 2015 that he needed the money to cover his medical bills.

“I can’t stop touring because I will die,” he told the publication. “Physically and literally, I will die.”

Brian Wilson of the Beach Boys also shared his condolences. “I’m sorry to hear about Dick Dale passing,” he wrote on Twitter. “Dick’s guitar playing was a big influence on all of us, and we covered “Misirlou” on our Surfin’ USA album in ‘63. Love & Mercy to Dick’s family.”

His life-long dedication to surf rock has landed him legend status in the music world. In John Blair’s The Illustrated Discography of Surf Music, the author praised Dale’s unique sound — which has become the subgenre’s signature.

“He attempted to musically reproduce the feeling he had while surfing,” Blair wrote. “And the result of this somewhat nebulous and certainly subjective approach was the surfing music genre.” 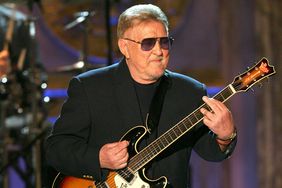 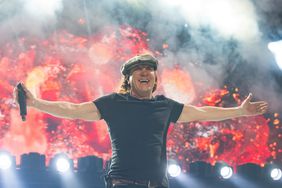