Demi Lovato is learning how to “Fix a Heart.”

Four months after her split from Wilmer Valderrama, the pop star opened up about what contributed to their relationship’s demise — and how she’s moving on.

“I think it’s healthy to be able to start over with someone else. Being sick was always a part of my relationship with him; I always had something wrong with me. I needed to let go of that,” Lovato, 24, says in Glamour‘s November cover story.

Indeed, the singer opened up over the years about how she leaned on Valderrama, 36, as she addressed her struggles with disordered eating, mental illness and substance abuse throughout their six-year relationship.

“It was hard to depart from somebody who saw everything,” Lovato told Glamour, “but it may be nice to start fresh with somebody. Because that person I was when I was a lot younger is not who I am today.”

In addition to her love life, the “Body Say” singer also opened up about social media squabbles with fellow pop stars, her life as a Disney star and more. Below, some of Lovato’s biggest revelations from her interview with Glamour.

1. She felt awkward performing her sexy song “Cool for the Summer” for President Obama and the First Lady at a White House dinner.

“I left it out of the set list because I was like, ‘Surely it’s too inappropriate for the White House,’ and then [the First Lady] requested it. And so I was like, ‘Okay, here we go!'” Lovato told Glamour with a laugh.

2. She says she has “PTSD” from growing up on the Disney Channel.

Lovato joked that her and her pal Nick Jonas‘ youth as Disney stars led to “PTSD.”

“We used to work so much and so hard for very little that when our schedules get too busy, I immediately think about the past. It gives me anxiety, and it’s kinda like legit PTSD,” she told Glamour.

Lovato came to fame in Camp Rock — the TV movie in which she starred along side Jonas and his brothers Joe and Kevin — before getting her own show on the Disney Channel, Sonny with a Chance.

“You work so hard, and you don’t really reap the rewards, or I didn’t. But I was on such a platform that gave me the rest of my career — I couldn’t complain. [So now] whenever our schedules start to get busy, I start getting triggered because the things I used to do to cope were unhealthy. When I have a long day, I think, if [I went back to those things], I’d be able to get through it. But we now work with our manager, and we have amazing schedules.”

3. She “had issues” staying sober after going to rehab — and says “seeing cocaine in movies” is a trigger she is careful to avoid to this day.

In 2010, Lovato sought treatment for her health issues, including substance abuse, disordered eating and self harm.

“Back then I felt an emptiness inside of me, and I reached for so many things — a person, a substance, a behavior — to fill that void,” she told Glamour of her life leading up to treatment.

“And now there’s not a void anymore. The void is filled by me taking care of myself…. Getting sober was difficult. I went into rehab, I came out, and I didn’t stay sober. I still had issues occasionally. Now some days it’s difficult; some days it’s easy. But I like to focus on what I’m doing now, which is giving back.”

In 2014, she launched the Lovato Treatment Scholarship Program for those living with mental illness. And last month, she revealed she co-owns CAST Centers, the facility she turned to in 2011.

And though Lovato told Glamour, “I feel healthy, I feel happy” today, she still struggles with some of her old triggers.

One of those? “Seeing cocaine in movies. I’ve never watched The Wolf of Wall Street. I can’t,” she said. “I don’t like to go out to clubs because I find myself seeing remnants of drugs in the bathroom.”

4. She stands by her tweets about women’s empowerment, which many felt were a dig at Taylor Swift.

In February, at the height of Kesha‘s contentious lawsuit with Dr. Luke, Lovato took to social media to support the struggling pop star.

At the same time, Taylor Swift donated $250,000 to Kesha. But Lovato appeared to criticize the move online, tweeting, “Take something to Capitol Hill or actually speak out about something and then I’ll be impressed,” as well as, “I’m also ready for self-proclaimed feminists to start speaking out or taking action for women’s rights.”

Lovato has also said, “Don’t brand yourself a feminist if you don’t do the work.”

The singer stands by her convictions.

“Talking about it at all is doing the work. And I think every woman does her part in some way. But I think in certain situations, certain people could be doing more if they’re going to claim that as part of their brand,” she told Glamour.

“To be honest, and this will probably get me in trouble, I don’t see anybody in any sort of squad that has a normal body. It’s kind of this false image of what people should look like. And what they should be like, and it’s not real…It’s not realistic,” she added, before alluding the alleged feud between Swift and Katy Perry.

“And I think that having a song and a video about tearing Katy Perry down, that’s not women’s empowerment. We all do things that aren’t, but I have to ask myself, Am I content with calling myself a feminist? Yes, because I speak out.” 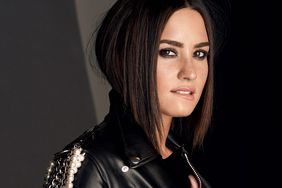 From Breakup Battles to Surviving Friend Drama, 10 of Demi Lovato's Realest Quotes Ever 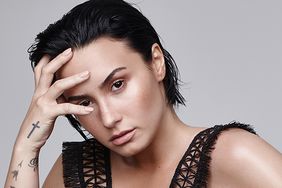 Demi Lovato Describes Her Pre-Sober Self as 'Just Bitchy,' Opens Up About Post-Addiction Pressures 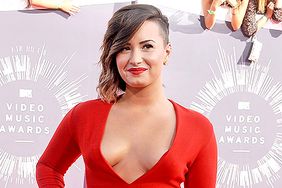