Unidentified with Demi Lovato, a four-part docuseries, premiered on Sept. 30

Lovato premieres their newest project, Unidentified with Demi Lovato, on Thursday, and a clip from an episode shows them singing to an ET.

In the clip, Lovato, 29, is accompanied by their best friend, Mathew Scott Montgomery, and Chris Smith, a paranormal investigator from "The Wraith Chasers" as they explore what looks like an abandoned home. At one point, the extraterrestrial being named Carmen reveals itself, and communicates to Lovato that it doesn't like men — making Montgomery, 32, and Smith leave the room.

"Did you not want to say anything else because the boys were in here?" said Lovato.

The radio from which it's communicating then begins to ring and Lovato understands that the extraterrestrial entity has trauma revolving around men — so Lovato tells it that they "have trauma too" — and asks it if it likes to sing.

The radio then rings in agreement — and Lovato decides to sing it a snippet of their song "Skyscraper" as a peace offering, and a way for their two friends to get back into the room.

The radio immediately starts ringing again and Montgomery and Smith are allowed back into the room.

"That's the coolest standing ovation I've ever had," Lovato said with excitement.

RELATED: Demi Lovato Says They're 'So Single' But Will 'Never Stop Believing' in Love

The four-part docuseries follows the singer, Montgomery and their sister Dallas as they explore space and UFOs with the help of experts such as Smith.

Lovato released the trailer to the docuseries earlier this month where they reflected on a "crazy experience."

"I had this crazy experience that happened to me in Joshua Tree," Lovato said at the start of the trailer. "It was this bright light kind of moved in like these weird ways that a plane wouldn't move. My goal is to find out what really happened."

"I'm Demi Lovato, singer, activist and UFO experiencer," they continued. "I'm hitting the road with my best friend Matthew and my sister Dallas to investigate the unexplained and the unidentified."

Unidentified with Demi Lovato is out now and available to watch on Peacock. 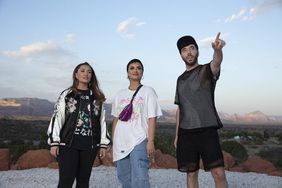 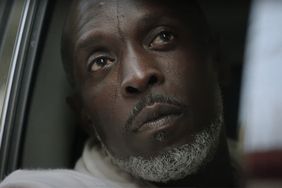