Demi Lovato and Max Ehrich got engaged on July 22 in Malibu, California, after a whirlwind romance

Demi Lovato is still soaking in her recent engagement to fiancé Max Ehrich.

On Sunday, the "Anyone" singer, 27, shared photos of the exact moment Ehrich, 29, got down on one knee in Malibu, California, on July 22.

"Best night of my life... still soaking it all up.. I love you baby @maxehrich 💍," she captioned the images, which showed Ehrich on bended knee before standing up to embrace Lovato.

"Love you so much baby ❤️ more and more every moment," her fiancé wrote in the comments section.

He also shared the same three photos on Instagram, revealing that “Crash Into Me” by Dave Matthews Band was playing in the background during the proposal. "Still floating ☁️ love you more each and every second @ddlovato ♾," Ehrich wrote.

On July 22, Lovato announced that she and Ehrich were engaged, less than four months after PEOPLE confirmed they were dating.

After their engagement, a source told PEOPLE that the former Young and the Restless star is "a great guy" and a "good influence" on Lovato, who has been open about her struggles with mental health and substance abuse.

"He is very health conscious and doesn't enjoy partying — he's never seemed interested in the Hollywood club scene," the source said. "He takes work very seriously and he is very focused."

When Lovato announced their engagement on Instagram, she raved about saying "yes" to the man who made her want to "to be the best version" of herself.

"You never pressure me to be anything other than myself. And you make me want to be the best version of myself. I'm honored to accept your hand in marriage. I love you more than a caption could express but I'm ecstatic to start a family and life with you. I love you forever my baby. My partner. Here's to our future!!!! 😩😭❤️🥰😍."

The "I Love Me" singer has often told her fans that Ehrich brings immense joy into her life. "Oh man this might be my pic of us so far... thank you for making me the happiest 🥰," the singer captioned a photo of the pair kissing earlier this month. "I love yew soooo much @maxehrich 😍💕."

Last month, Lovato also penned a sweet tribute to her then-boyfriend in honor of his birthday, calling him "a positive lil beam of light in my life" in the note.

Lovato has expressed how comfortable she is with Ehrich, sharing that she now spends her days "in a bathing suit with no makeup," adding that he is "someone who accepts and loves me for who I am; Flaws and all."

Diamond expert Olivia Landau, founder and CEO of The Clear Cut, told PEOPLE that the center stone appears to be approximately seven to nine carats and estimates the price range of the sparkler to be between $200,000 to $300,000. 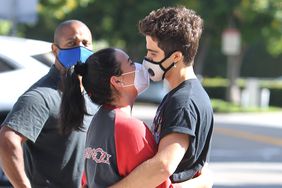 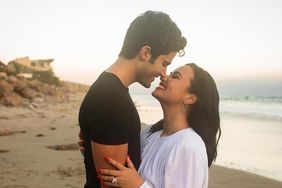 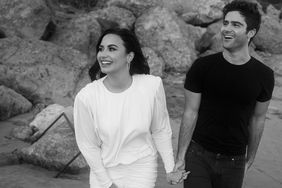 Wedding Planning Already? Demi Lovato Gets Some Hollywood Inspiration After Getting Engaged to Max Ehrich 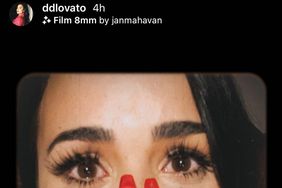 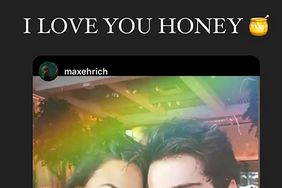 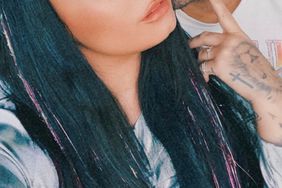 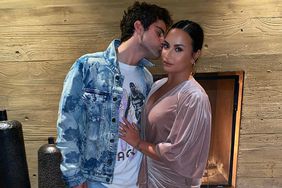 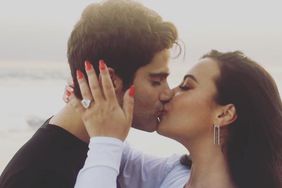 How Demi Lovato and Fiancé Max Ehrich Grew Closer During the Pandemic: 'He's Supportive of Her' 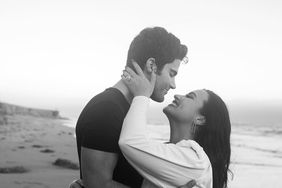 Demi Lovato and Max Ehrich Are Engaged! Everything the Couple Has Said About Their Relationship