"Demi wasn't doing well over the weekend," a source tells PEOPLE. "She is currently being treated for issues that are very common after a drug overdose"

Although Demi Lovato is expected to make a full recovery following her apparent overdose, it’s not yet known whether her recovery process will include entering rehab.

“It’s too soon to say what the next steps are in terms of entering treatment,” a source close to Lovato tells PEOPLE. “Right now everyone is focused on getting Demi physically healthy.”

Although the singer was on the mend after being rushed to the hospital on Tuesday, “Demi wasn’t doing well over the weekend,” a second source tells PEOPLE. “She came down with a fever and showed signs of an infection. She is currently being treated for issues that are very common after a drug overdose. She will need to stay in the hospital for a few more days, but is expected to make a full recovery.”

The first source adds. “She has her family and Wilmer with her and by her side every day. Everyone just wants to help get her to a healthy place.”

A source previously told PEOPLE on Friday that Lovato’s family “is pushing for rehab,” adding that “they have looked into several options.”

While 25-year-old Lovato recovers in the hospital, where she’s been since Tuesday morning, she’s had the constant support of her family, as well as her ex-boyfriend Wilmer Valderrama,” a source told PEOPLE on Saturday.

“Wilmer has spent hours at the hospital with Demi every day,” a source told PEOPLE of the actor, who dated the singer for six years before their split in June 2016. “He seems very concerned about her.”

Valderrama rushed to Lovato’s side on Wednesday after initially being very “shocked” by the news, a source close to the former couple previously told PEOPLE. Valderrama was seen visiting Lovato again on Thursday, when a photo of him at the hospital emerged.

He Is the Love of Her Life’: A History of Demi Lovato and Wilmer Valderrama’s Special Relationship

Though reports have indicated the overdose, which occurred at her Hollywood Hills home, was heroin-related, a source close to Lovato previously told PEOPLE that it was not.

The “Stone Cold” singer has battled addiction, mental illness and disordered eating for years. In 2010, she entered treatment, where she received professional assistance for bipolar disorder, bulimia, self-harm and addiction. She relapsed after she left the treatment center, then entered a sober living facility for a year. 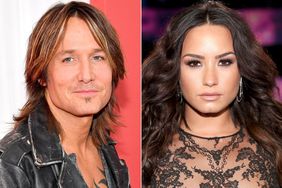 Keith Urban Shares Advice with Demi Lovato on Combating Addiction: 'It's All Up to Her' 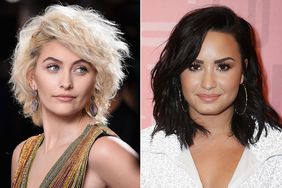 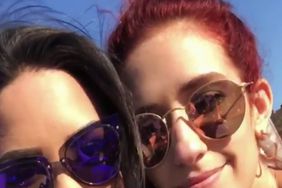