Demi Lovato is “a new person with a new life” after revealing in her latest single that she recently relapsed.

In her first post on Twitter since releasing “Sober,” the 25-year-old singer shared a video of an emotional performance of the song — in which she reveals she broke her sobriety and apologizes to her parents and fans. In the footage, Lovato appeared to fight back tears as the crowd in Lisbon, Portugal, sang along and lit up the arena with their phones.

“Tonight I took the stage, a new person with a new life,” she captioned the post. “Thank you to everyone who has supported me throughout this journey. It will never be forgotten.”

Lovato released the song on Wednesday, then was back onstage Thursday night in Barcelona, Spain, for the latest stop on her acclaimed Tell Me You Love Me World Tour.

The tune didn’t make it into Lovato’s set on Thursday, according to fans online. But video captured and shared to Entertainment Tonight showed that Lovato did get philosophical about life at one point.

“Life is really, really funny sometimes,” the pop star said. “It can be difficult, but, for the most part, if you do what makes you happy and set yourself free, you’ll live an amazing life.”

In “Sober,” Lovato sings about the guilt she feels about relapsing, asking for forgiveness from her family and from her fans.

“Mama, I’m so sorry I’m not sober anymore / And daddy please forgive me for the drinks spilled on the floor,” she sings on the heartbreaking piano ballad. “And I’m sorry for the fans I lost who watched me fall again / I wanna be a role model, but I’m only human.”

Lovato has battled addiction, mental illness and disordered eating for years. In 2011, she entered treatment, where she was treated for bipolar disorder, bulimia, self-harm and addiction. She relapsed after she left the treatment center, then entered a sober living facility for a year.

In March, Lovato revealed she celebrated six years of sobriety.

In September 2017 Lovato was honored with the “Spirit of Sobriety” award at the Brent Shapiro Foundation for Drug Prevention Summer Spectacular in Beverly Hills.

“Every day is a battle,” she said at the time. “You just have to take it one day at a time, some days are easier than others and some days you forget about drinking and using, but for me, I work on my physical health, which is important, but my mental health as well.”

The Tell Me You Love Me World Tour continues Friday in Madrid, Spain. Additional dates continue throughout the summer and into the fall. 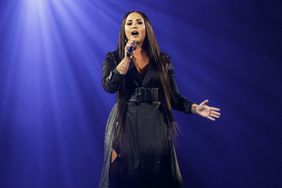 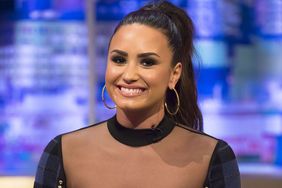 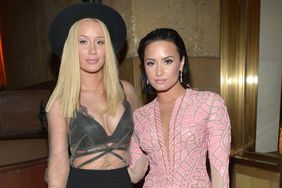 Iggy Azalea Admits Knowing About Demi Lovato's Relapse: 'I Wanted Her to Be the One to Tell'