A source with knowledge of Demi Lovato‘s sobriety issues is speaking out in the wake of the news that the star has been rushed to a Los Angeles hospital following an apparent overdose.

“This is absolutely what so many people feared would happen. She has not been sober for quite some time but more tragically, has had no interest in being sober,” a source with knowledge of the star’s ongoing sobriety struggle, tells PEOPLE.

As of press time, reps for Lovato have not returned PEOPLE’s request for comment. PEOPLE has confirmed that Lovato is now in stable condition, after reportedly being found unconscious by paramedics, according to audio of the 911 call published by TMZ.

The source says that when Lovato, 25, publicly split with her life coach Mike Bayer, some in her inner circle feared it was due to her believing she could use controlled substances responsibly.

“The disease Demi has is a vicious liar and it’s been telling her for some time that she can use just a little, just one or two drinks, nothing too serious, nothing bad will happen, she can keep it under control,” says the source. “And when she could, for a few months, it seemed like vindication to her, proof that she could keep it under control.”

But it became “a slippery slope,” says the source. “It led to her believing in the myth of moderation and controlled consumption, which absolutely does not work if you are an addict.”

Another source with knowledge of the situation tells PEOPLE, “Things have been a total mess for months,” claiming that “She and her team severed ties, and they played a large part in getting her sober years ago. She hasn’t been in a good place.”

Lovato has long been vocal about her struggles with substance abuse, including alcohol and cocaine. This past June she released the song “Sober” detailing a relapse after six years. According to the source, it was a glimpse into the struggle in front of her.

“Start using again and it’s a slippery slope right back to rock bottom,” says the source, “The minute she started using again, the clock was ticking down to this exact moment.”

Celebrity friends and fans were in shock and sending their love as the situation unfolded Monday afternoon. “I love you @ddlovato,” Ariana Grande tweeted in the wake of the news. 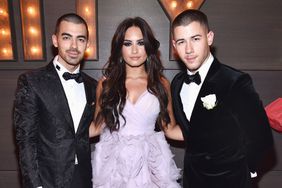