Demi Lovato won’t be embarking on the rest of her tour as she continues her recovery process.

Although the 25-year-old singer was scheduled to perform in Mexico in September in addition to visiting six cities in South America in November, she has canceled the remaining shows of her Tell Me You Love Me tour, according to a statement.

“Unfortunately, Demi Lovato has canceled her upcoming Tell Me You Love Me Tour dates in South America, as she is focusing on her recovery,” Live Nation and Lotus Productions said in a statement. “The six-city tour was scheduled to visit Chile, Argentina, and Brazil starting Nov. 14. Ticket refunds will be available at the point of purchase and credit card purchases will be automatically refunded.”

The news comes five days after multiple sources confirmed to PEOPLE that Lovato was released from Cedars-Sinai to seek in-patient treatment following an overdose on July 24.

“Demi left the hospital over the weekend. She will get continued care at an in-patient rehab facility,” a source told PEOPLE on Monday.

“At the hospital, she was surrounded by family and friends that support her sobriety. They all want Demi to be the best she can,” the insider added. “She has a long journey ahead, but with all the love, her journey could absolutely be a positive one.”

Lovato was rushed to the hospital on July 24 following the incident at her Hollywood Hills home. Her publicist released a statement that evening confirming that Lovato was “awake and with her family who want to express thanks to everyone for the love, prayers and support.”

On Sunday, the singer made her first statement following her overdose and hospitalization, as she shared that she would “need time to heal and focus on my sobriety and road to recovery.”

“I want to thank God for keeping me alive and well,” she wrote, before thanking all of her fans for standing by her side. “Your positive thoughts and prayers have helped me navigate through this difficult time.”

In one last note for her fans, the singer vowed that she would “keep fighting.”

In March, Lovato revealed she celebrated six years of sobriety, but three months later, in June, she released a new song, “Sober,” in which she sang about having relapsed. 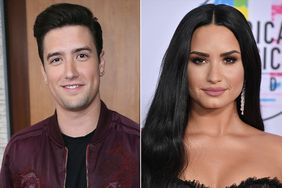 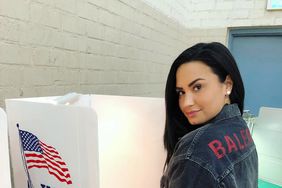