Nobody can belt a Whitney Houston classic like Deborah Cox can.

The Canadian singer-songwriter is gearing up to embark on a nationwide musical tour of The Bodyguard, where she will take on the late star’s iconic role of Rachel Marron, and in a new video, it’s clear why Cox was cast.

Marron, a famed singer and actress, hires a former Secret Service agent named Frank Farmer to be her bodyguard and protect her from an unknown stalker.

Based on Lawrence Kasdan’s Oscar-nominated 1992 film, The Bodyguard features a score bursting with Houston’s most precious hits, including “Saving All My Love,” “I Have Nothing,” “I Wanna Dance with Somebody,” “One Moment in Time,” “So Emotional,” “Queen of the Night,” “Run to You,” “I’m Your Baby Tonight” and her timeless cover of “I Will Always Love You.”

Tickets can be purchased on the show’s official website. 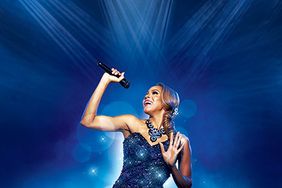 If You'll Be My Bodyguard