Dan Reynolds and his wife, Aja Volkman, previously announced their split in April 2018, before later revealing they had reconciled the following January

Have you ever received a text that changed your life? Dan Reynolds has.

On Thursday, the Imagine Dragons lead vocalist shared a heartwarming TikTok video, where he detailed a text message he got from his wife, Aja Volkman, that helped the pair to reconcile.

Seen walking by his lonesome in the opening of the clip, Reynolds first reveals that he and Volkman, 41, "hadn't talked in seven months" while he was "driving to the lawyer's office to sign the divorce papers," when he received a message from her "that turned my perspective upside down."

"She said she didn't need to own me to love me," he wrote, adding, "She loved me without expectations."

Noting that they then "ditched the lawyers and went to lunch," in the next still of the video, Volkman then pops into the frame, as Reynolds writes, "It felt like the first date again. We called off the divorce."

"Then this guy came around," Reynolds adds, as his son Valentine also appears in the shot. The pair are also parents to twin daughters, Gia James and Coco Rae, and daughter Arrow Eve.

"I wrote this song after I got that text," Reynolds writes as the clip comes to a close, referring to the forthcoming tune from his band, "Follow You," that is heard throughout.

"have you ever gotten a text that changed your life?" Reynolds wrote alongside the clip, adding the hashtags, "#imaginedragons" and "#followyou."

RELATED VIDEO: Carly Pearce Opens Up Her Divorce Diary in Her New EP, '29': 'I Wrote What I Lived'

Reynolds and Volkman previously announced their split in April 2018, before later revealing they had reconciled the following January. The news came just two months before announcing that they were expecting baby No. 4.

In June 2019, the rocker opened up to PEOPLE about how the pair had been working on their relationship — including through therapy — to get to a healthier place.

"We've been going through marriage counseling and putting in a lot of work to keep our family strong," he said at the time. "Fortunately for us, we worked through it. If that hadn't have been the case for us, there's many people before us who paved that route and still raised great kids together or go on to be friends, or whatever it is. Relationships are complex."

The Grammy winner went on to note that "no relationship is perfect," explaining, "Sometimes it doesn't work out and that's okay; sometimes people separate for a little bit and they end up deciding to get back together and that's okay." 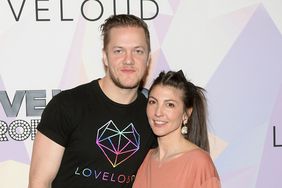 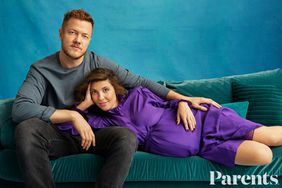 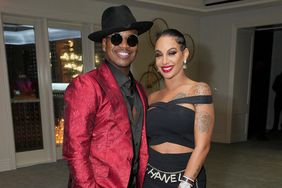