Posting an eight-minute video titled "Epilogue," the group announced they're breaking up

Daft Punk has broken up.

On Monday, the French music duo responsible for hits such as "Get Lucky," "One More Time" and "Instant Crush" announced their disbandment after nearly 30 years via an eight-minute-long video titled "Epilogue."

The clip follows its two members — Guy-Manuel de Homem-Christon and Thomas Gangalter in their robot performance personas — during a scene from their film Daft Punk's Electroma followed by a title card that reads "1993-2021."

The group's longtime publicist and owner of Biz 3, Kathryn Frazier, confirmed their breakup with PEOPLE.

Throughout their career, the duo was nominated for 12 Grammy Awards, winning six of them, including four in 2014. The group won record of the year and best pop duo/group performance for "Get Lucky" and album of the year and best dance/electronica album for Random Access Memories.

"When you know how a magic trick is done, it's so depressing," Bangalter told Pitchfork in 2013. "We focus on the illusion because giving away how it's done instantly shuts down the sense of excitement and innocence."

Their first nomination came in in 1998, while their first two wins came in 2009 for "Harder Better Faster Stronger" and Alive 2007.

Most recently, the duo collaborated with The Weeknd on two songs of his Starboy album, including the title track and "I Feel It Coming." In total, the group released four studio albums. 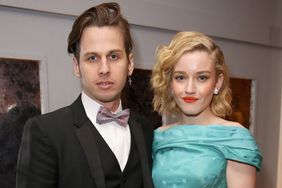