CNCO is honoring their predecessors in a new way!

"Tan Enamorados" is a reggeatón reimagining of a 1988 Latinx classic by Ricardo Montaner. With a completely new vibe to the original ballad, the boys give the recognizable song a new twist.

"We're crazy for this song," Camacho, 23, tells PEOPLE. "It's just a full 360 throwback. It's a blessing to be able to interpret these songs and make them our own and show them to the new generation."

The song’s accompanying music video pays homage to a boy band of the time: New Kids on the Block! The clip is a complete revisit to the iconic groups "(You've Got It) The Right Stuff" video. 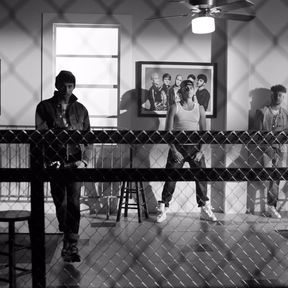 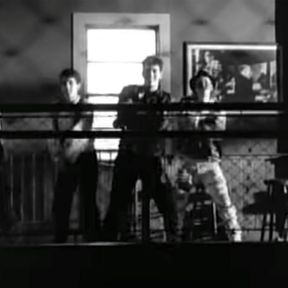 "We wanted to search for any pop culture moment in that era that was pumping and we saw that The New Kids on the Block dropped that song the same year [as Montaner]," says Vélez, 24. "They were super iconic in that moment. Everything was the same as their music video and it was the craziest throwback."

CNCO's video, which is also black-and-white, echoes the group's music video as they dance at a bar in front of portraits of themselves and similarly ride in a car and meet with a group of girls.

"It feels crazy," adds Camacho. "We're representing the boy bands that we always watched. We want to be like them and create a transformation that impacts people in our generation. We wanted to make it a CNCO vibe more than anything else."

RELATED VIDEO: CNCO on Creative Conflict Between Each Other While Recording New Album: 'It's a Good Thing'

"It's doing both together, respecting the original times and respecting the time now," says De Jesus, 22. "We also want our fans to relate to these and their parents to tell them about their stories of when they were kids listening to the songs. I feel like that's also going to bring a bonding moment. It's going to be a great family album as well, just reminiscing."

For Vélez, covering Sin Bandera's "Entra En Mi Vida" brought him back before he started his music career.

"I was flipping out because before I started singing, I started listening to them and they were my inspiration," he says of the Mexican duo. "I was really excited to do this song with the guys."

And the guys also honor the special person who brought them together on Univision's La Banda: Ricky Martin. They're set to cover his 1997 song "El Amor De Mi Vida."

CNCO Is the New One Direction: The Latino Boy Band Opens Up About 'Crazy' Rise to Fame and New EP

"It was super cool that we're covering this person that means so much to us and our career," says Pimentel, 21. "He really opened the door for us. So for us to be able to do this for him and for ourselves, it's super special. He went crazy."

The album is expected next year and the boys hope that by then they will be able to hit the road again.

"This moment gave us more time to be with our families, to be with each other and build that tighter relationship between us and just get more creative," says Camacho.

"We're ready to tour," adds Vélez. "There are a lot of places we haven't gone to and we want to go so bad and meet our CNCOwners again."

"Tan Enamorados" is out now. 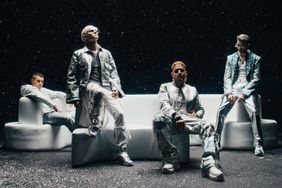 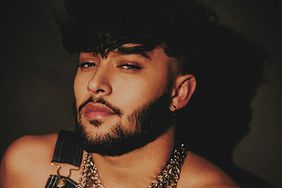 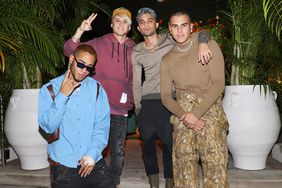 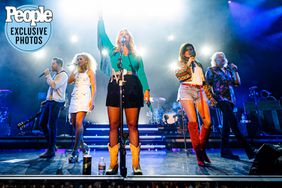 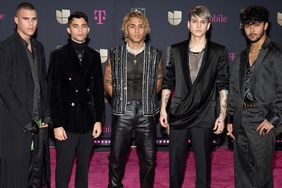 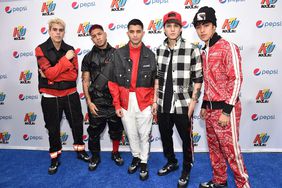