Britney Spears gave an impassioned testimony in court last week, where she advocated to end the conservatorship she has been under for 13 years

On Monday, the "Beautiful" singer, 40, posted a lengthy Twitter thread offering support to Spears, who made headlines last week when she advocated in a court hearing to end the conservatorship she has been under for 13 years.

"These past few days I've been thinking about Britney and everything she is going through," Aguilera tweeted alongside a throwback photo of the pair. "It is unacceptable that any woman, or human, wanting to be in control of their own destiny might not be allowed to live life as they wish."

She continued, "To be silenced, ignored, bullied or denied support by those "close" to you is the most depleting, devastating and demeaning thing imaginable. The harmful mental and emotional damage this can take on a human spirit is nothing to be taken lightly."

"Every woman must have the right to her own body, her own reproductive system, her own privacy, her own space, her own healing and her own happiness."

"While I am not behind the closed doors of this very layered & personal yet public conversation – all I can do is share from my heart on what I've heard, read and seen in the media," she added. "The conviction and desperation of this plea for freedom leads me to believe that this person I once knew has been living without compassion or decency from those in control."

Aguilera concluded: "To a woman who has worked under conditions and pressure unimaginable to most, I promise you she deserves all of the freedom possible to live her happiest life. My heart goes out to Britney. She deserves all the TRUE love and support in the world."

Spears and Aguilera have a long history. After working together as children on The Mickey Mouse Club, the two broke into the pop music scene separately in the late '90s and spent years denying rumors of rivalry.

"When I was coming up, it was very obvious, you know, me and Britney were definitely… there was the Britney/Christina considered rivalry thing," Aguilera recalled in 2018, during a visit to Jimmy Kimmel Live.

"Back in the day whenever people were comparing me to other artists, I would have just loved to squash it before having an interview," she said. "You do an interview and back then, it was just like the media was the storyteller for you. Rather than being like, 'This is what it is, here's a picture of us right now hanging out, in our pajamas eating popcorn' or whatever."

"If we had social media back then, we would have probably done a song together and just squashed it," Aguilera added, noting she'd like to record a song with Spears one day.

RELATED VIDEO: Jamie Lynn Spears' Husband Says Family Is in 'Support of Britney' and Want the 'Best for Her'

Meanwhile, Aguilera isn't the first celebrity to speak on Spears' conservatorship hearing. Shortly after her speech last Wednesday, many stars spoke out including Justin Timberlake, who voiced his support for Spears, too.

"After what we saw today, we should all be supporting Britney at this time," Timberlake wrote on Twitter. "Regardless of our past, good and bad, and no matter how long ago it was… what's happening to her is just not right."

"No woman should ever be restricted from making decisions about her own body. No one should EVER be held against their will… or ever have to ask permission to access everything they've worked so hard for," he continued.

In Spears' 23-minute virtual address to Judge Brenda Penny in Los Angeles court, the singer said that she has been required by her conservators to keep in her IUD as a form of birth control because they "don't want me to have children - any more children."

She also said that she didn't know that she was able to petition for the conservatorship to end. "I shouldn't be in a conservatorship if I can work and provide for myself and pay other people," she said, slamming her father Jamie — who is a co-conservator of her estate — and management team. "It makes no sense. The laws need to change. I've worked since I was 17 years old."

"I just want my life back," she explained at one point. "It's been 13 years and it's been enough."

Listen below to our daily podcast PEOPLE Every Day for more on Christina Aguilera supporting Britney Spears following her speaking out about her conservatorship. 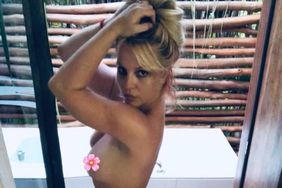 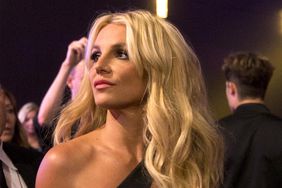