How Chingy's Mother's Death Inspired Him to Change His Life: 'Part of Me Is Gone'

"I bought her a house and that was something that I told her I would do for her," Chingy tells PEOPLE

Since the painful death of his mother Vernita Crawford in 2017, Chingy has completely transformed his life.

PEOPLE caught up with the star as he geared up to release his newest track, “The Woah Down,” with country duo Meg and Tyler. Chingy, the award-winner behind hits including “One Call Away” and “Pullin’ Me Back,” has let go of old habits including drinking and smoking since the loss of his mom.

“Nothing’s the same. Everything is different. Everything feels different,” he tells PEOPLE. “I can’t really explain it, but nothing’s the same. A lot of things aren’t great anymore since losing my mom. It’s a dullness that’s in me. I can still can go on, but part of me is gone. Something like that can make you want to give up and quit because it’s a serious matter losing your mom. You come out of your mother, so you got this vibrational energy that’s just with your mother.”

One of Chingy’s fondest memories was when he first started practicing music in his childhood home.

“This happened all through me growing up and liking music. When I was a kid and I made my music, I didn’t have beats so when I’d be writing music, I would snap my finger. That was my tempo. I would go around the basement in the house and I’d be rapping doing this, and sometimes you would hear this on the floor from upstairs and she would be like, ‘Stop all that damn snapping,'” he says with a laugh.

Her signature mom line would ultimately lead to a full-circle moment in their lives. “I remember one time, I bought her a house and I said, ‘Ma, do you want me to stop all that damn snapping now?’ Oh man, it was so hilarious. That’s something that’s gonna always stick with me. She would stomp on the floor because I would be snapping loud, it would be loud vibrating all through the house.”

Mary J. Blige ‘Just Sang’ to Get Through Her Childhood: ‘The Environment Was Terrible’

He was also able to accomplish one of his lifelong goals before she died. “I bought her a house and that was something that I told her I would do for her,” he tells PEOPLE.

The star says quitting cigarettes “is the best thing I ever did,” and he was inspired by his late mom to do so. “My mother was a chain smoker. When she quit, I was like, ‘Oh, I can quit. I definitely can quit,” he recalls.

“To let you know it’s real, one time I was brushing my teeth and I opened my mouth and I looked in the back of my throat and there was an itty bitty black hole developing,” says the rapper. “I said, ‘Oh hell no, I’m done with cigarettes.’ People don’t understand, it messes you up. It messes your lungs up, messes your throat up.”

Chingy revealed that he lost a number of relatives in addition to his mom due to their nicotine addiction.

“I used to tell her, ‘Aunty you gotta stop smoking those cigarettes’ because she was having health complications,” he recounts of his late loved one. “She called me Little Earl because my dad was Big Earl. She was like ‘Little Earl, I know I gotta quit.’ But she didn’t.”

After experiencing one too many hangovers, Chingy also decided to stop drinking liquor.

“When I stopped drinking, I made it a point to challenge myself and I said ‘I’m gonna stop drinking on my birthday,’” he tells PEOPLE. “I knew on my birthday would be a time where there would be celebration, so that’s what I did. The next morning you’re drowsy and you feel messed up and I got sick. Then I just said, ‘You know what, I don’t like waking up feeling like this.’ I was done with it on … I wanna say my 32nd birthday.”

Chingy also follows a vegan diet. “What inspired me to do a complete 360 is that I’m not into eating flesh. I’m not into eating animal products, to each his own and no disrespect to anybody, but I just never thought it was appealing,” Chingy says. “As I got wiser, it just was something I didn’t want to do and I always feel like taking care of myself from the inside will show on the outside, that’s what keeps people looking youthful. When you put the proper nutrition inside of you, it shows on the outside.”

“People are like, ‘Hey man, how do you look so young?’ and ‘You don’t seem like your age,’” he says. “Well, that’s because I take care of myself by all means with the proper nutrition, fruits, veggies, my minerals, vitamins and everything.”

These days, the musician who once “loved hot wings” enjoys eating grapes, raspberries, blueberries, tomatoes with chickpeas, quinoa and rice. “I may have some vegan taco types of deals and a banana. I like to make an almond, banana toast. I love it; it’s good,” he says.

The star also practices self-discipline by working out almost daily and doing things like taking a cold shower or purposely functioning without turning on his garage lights.

Up next for Chingy is the summer release of his “conscious project” — his EP titled Crown Jewel that will feature collaborations with Bobby Valentino and Twista. 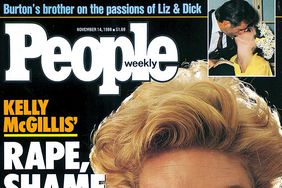 Memoir of a Brief Time in Hell 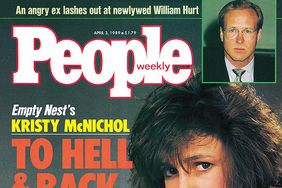 'I Was Crying All the Time'

RESTRICTED: You Belong to Me—Forever and a Day

RESTRICTED: My Sister, Myself