Chester Bennington's Troubled History with Depression and Substance Abuse: In His Own Words

Chester Bennington‘s gritty rock voice belied a man struggling with depression and a history with drug and alcohol abuse.

On Thursday, Bennington – frontman for the million-selling alt-rockers Linkin Park—was found dead by police just before 9 a.m. inside a private residence in Palos Verdes Estates, California, authorities told PEOPLE. His death also comes on the same day that his late friend and Soundgarden lead singer Chris Cornell would have turned 53.

Bennington was 41 years old and left behind six children.

Bennington had been candid about mental health battles in numerous interviews over the years. In 2015 he opened up about his dark periods to Rock Sound.

During an equally revealing interview with Kerrang in 2011, the singer opened up about being molested when he was 7 years old.

”If I think back to when I was really young, to when I was being molested, to when all these horrible things were going on around me, I shudder,” he said.

Bennington joined Linkin Park in 1999, and the band scored their first commercial success the following year with their debut album, Hybrid Theory, which contained the popular songs, “Crawling,” “In the End,” “One Step Closer.”

The primary lyricist for the band, he used his addictions as inspiration. In a 2009 interview with Noisecreep, Bennington revealed that “Crawling” was about “feeling like I had no control over myself in terms of drugs and alcohol.” The irony of earning fame and fortune from his demons was not lost on him. “That feeling, being able to write about it, sing about it—those words sold millions of records, I won a Grammy, I made a lot of money.”

Still, he worked hard to maintain his sobriety. “It’s not cool to be an alcoholic,” he continued. “It’s not cool to go drink and be a dumbass. It’s cool to be a part of recovery. This is just who I am, this is what I write about, what I do, and most of my work has been a reflection of what I’ve been going through in one way or another.”

“Crawling” was not the only song that contained allusions to depression and personal strife. In a March 2017 interview with Rock Sound, Bennington also said that “Heavy” was about letting go and releasing bad or troubled feelings.

“That’s where the line, ‘If I just let go, I’d be set free’ comes from — that’s what ‘Heavy’ is about. When I’m opening that song saying, ‘I don’t like my mind right now’, that’s f—ing real. It is not a safe place for me to be unless I’m doing what I need to do: taking care of myself, being real, being open, getting it out, taking all the steps to make myself whole. Then it’s a pretty safe neighborhood, but it goes bad real fast. It’s great to get that s— out.” 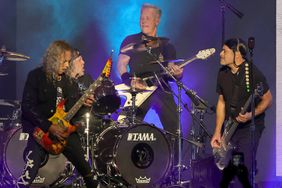 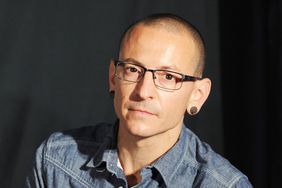 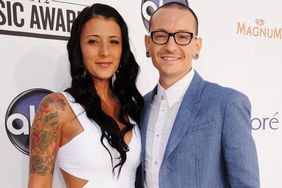 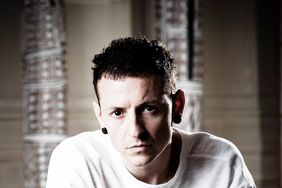 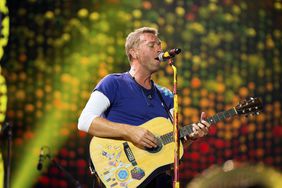