On Monday, the model and DJ, 27, confirmed her relationship with Taggart, 30, on Instagram by sharing two photos of herself cuddled up next to the "Closer" hitmaker.

One shot shows the couple exchanging a passionate kiss during a sunset dinner, while another shows Jeffries resting her head on Taggart's shoulder as the two smile for the camera.

Jeffries captioned the romantic post with a simple emoji, writing: "🥺."

The star's famous followers quickly flooded the comments section with love and support, with model Cindy Kimberly writing, "I feel like a child when they see their parents kiss ❤️."

Earlier this year, Jeffries sparked romance rumors with another DJ, Diplo, when the two of them were photographed getting close on a beach in Tulum.

The same day, Jeffries shared a slideshow of photos to Instagram of herself wearing the same orange bikini as in the other snaps and lounging on a circular bed. In the last photo of the slideshow, Diplo can be seen behind the iPhone camera taking the photos of Jeffries.

In February, Jeffries was snapped dancing behind the DJ booth with Taggart during a Super Bowl party.

She also posted pictures of her hanging out with Taggart and his The Chainsmokers bandmate, Alex Pall, on her Instagram, writing in the caption, "Killing it @storymiami x @tao."

Last month, Jeffries and Taggart were seen leaving a Los Angeles restaurant with Pall, 35, and another woman on what appeared to be a double date. 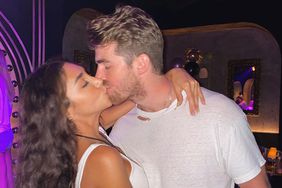 Chantel Jeffries Wishes Boyfriend Drew Taggart of The Chainsmokers a Happy Birthday: 'I Love You' 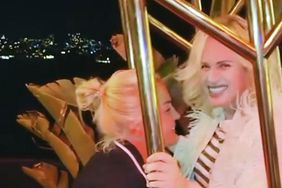