After a long performing hiatus, Bieber took one of the biggest stages (Coachella 2019) with one of the biggest artists (Ariana Grande) to get his “swag back,” as he told the crowd. Beliebers were beside themselves when Grande pulled her pal on stage to perform his hit song “Sorry.” Though the crowd went wild for Bieber's performance, some questioned whether or not he was actually singing or lip-syncing. “Ariana Grande brought out Justin Bieber and he is lip-syncing and he FULLY just missed his cue and got exposed,” wrote one Twitter user.

But many fans came to the singer’s defense, reminding critics that the spontaneous performance was not planned, and lip-syncing may have been the only choice. “In regards to the people saying he’s lip-syncing, he is! It was a spur of the moment random thing he wanted to do for fun, followed by a heartfelt thank you from him,” wrote Twitter user @RowJosephMusic.

Bieber addressed the controversy in a series of tweets to E!’s Nightly Pop host Morgan Stewart, who slammed Bieber for lip-syncing on the show. “@Morgan_Stewart just saw a video of you ripping me to shreds saying I was lip-syncing. They played the song and i just sang overtop of it,” Bieber explained in his first tweet. “regardless why spend your time tearing people down. It’s people like you that are bullies at school that are making kids suicidal.”

The most-followed celeb on Instagram bravely performed on the 2017 American Music Awards stage months after undergoing a kidney transplant — and while the singer's first performance since the surgery proved to be memorable, viewers flocked to Twitter to criticize Gomez for allegedly lip syncing. "I love how this big deal is made that Selena Gomez hasn't performed in a year and then show comes out and lip sync's [sic]," wrote one user.

But the singer's fans were quick to shut down the haters. “May i remind y’all selena is still recovering from a kidney transplant and she just gave the performance of a lifetime. words can not express how emotional i’m feeling right now. literally shaking,” wrote one loyal fan.

The 2017 CMA entertainer of the year recipient came under fire after choosing to lip sync "Ask Me How I Know" at the November awards ceremony — a decision he came to while on a grueling tour.

"We're in the middle of 12 shows in 10 days," Brooks told reporters backstage at the CMA Awards. "Not 10 shows in 12 days, 12 shows in 10 days. We did a game-time call on whether to sing the track or lip-sync, and decided to lip sync." The singer, who was criticized by Miranda Lambert and boyfriend Anderson East, continued: "The voice just isn’t there anymore, and you want to represent country music as best you can."

The singer fumbled her way through three painfully awkward performances on Dec. 31, 2016, closing out Dick Clark’s New Year’s Rockin’ Eve with Ryan Seacrest — and the year — on a sour note. Sounds problems plagued Carey's appearance, beginning with her take on the New Year's Eve classic "Auld Lang Syne." Seconds into that number, it became clear Carey could not hear the backup vocals heard on the live broadcast, causing her to get flustered.

"I used to get upset by things," she told Rolling Stone of the performance. "This was out of my control, and had everything not been such a total chaotic mess, then I would have been able to make something happen. Even the dancers should have stopped dancing and helped me off the f---ing stage. I’m sorry. It was a mess, and I blame everybody, and I blame myself for not leaving after rehearsal.”

Spears has experienced her fair share of lip sync allegations through the years. During an interview with an Israeli television station, the pop star addressed those rumors and shared her frustration on the issue.

"A lot of people think that I don't sing live," Spears said. "Because I'm dancing so much I do have a little bit of playback, but there's a mixture of my voice and the playback. It really pisses me off because I am busting my ass out there and singing at the same time and nobody ever really gives me credit for it."

After rumors swirled that Queen Bey lip-synced her rendition of the national anthem during President Obama's second inauguration ceremony, the Grammy winner revealed she had when speaking of her upcoming Super Bowl performance in 2013 — only after kicking off the conference with an a capella take on the tune.

"I practice until my feet bleed and I did not have time to rehearse with the orchestra," she told reporters at a 2013 Super Bowl press conference. "Due to no proper sound check, I did not feel comfortable taking a risk. It was about the president and the inauguration, and I wanted to make him and my country proud, so I decided to sing along with my pre-recorded track, which is very common in the music industry. And I'm very proud of my performance."

Simpson's planned performance on Saturday Night Live turned out to be a bit more revealing than the teen pop star hoped – as Simpson ended up walking off stage after making a massive lip-syncing blunder (and trying to save the snafu with a hoe-down) during her 2004 appearance. The "Pieces of Me" crooner redeemed herself with a flub-free SNL performance the following year.

It was the lip sync scandal that shook the pop culture world. After finding success and being awarded a best new artist Grammy in 1990, Milli Vanilli members Fab Morvan and Rob Pilatus were on top of the world, up until fans discovered the duo relied on recorded vocals during their concerts.

It turned out Morvan and Pilatus were models recruited by producer Frank Farian to sing an uncredited band's tracks. Their Grammy was subsequently revoked and the pair were shunned by the mainstream music industry. "We were famous, and now we're infamous," Morvan, who also revealed he's been working on EDM music, said on Oprah Winfrey's "Where Are They Now?" special. Things weren't as fortunate for Pilatus, who was found dead of an apparent drug and alcohol overdose in 1998. 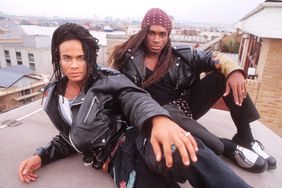 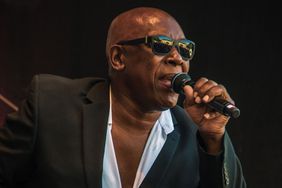 John Davis, Real Voice Behind Milli Vanilli, Dead of COVID at 66: 'He Gave So Much to the World' 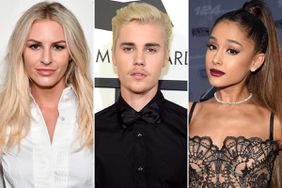 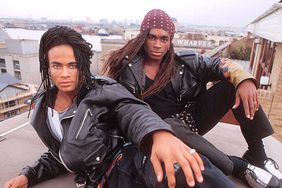 Accused of Fraud, Milli Vanilli Sings the Blues (or Hires Someone to Do It) 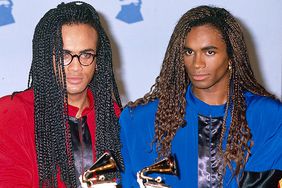