Carrie Underwood is one proud mama!

During a virtual appearance on the Today show Thursday, the 37-year-old country star discussed her soon-to-be-released Christmas album My Gift and how excited she is to have her young son Isaiah, 5, featured on her rendition of "Little Drummer Boy."

"Whenever I think of that song, I picture his face and his personality. That is so him," she told hosts Savannah Guthrie and Craig Melvin. "He would be the kid that would make you something and bring it to you because that’s what he had to give you. And that’s the whole sentiment behind 'Little Drummer Boy' is bringing what he has to Jesus, which is why I wanted to name the album My Gift."

Then, speaking on the experience of recording the track with him, Underwood said that she helped him tap into "all his little 5-year-old emotions" to record the song and that she was "the proudest mom in the world."

"He was just so expressive. When I heard the song back with his sweet little voice on it, I was laughing and crying and just [had] so many emotions," she said. "I’m so proud of him."

"I didn't want to let this year stop us," she added. "We made this album and to be honest, it was such a blessing for me to be able to go in and sing these happy, positive songs this year. It was something I needed."

Earlier this year, Underwood announced that she would be releasing her first-ever holiday album before revealing the LP's tracklist in an Instagram post last month.

Between Christmas classics like "Silent Night" and "O Come All Ye Faithful," the 11-song album will also feature a few original tunes, including one written and performed by John Legend.

"The songs on #MyGift are a mix of Christmas classics that are close to my heart and new songs that I hope will become close to yours," she wrote on Instagram alongside a winter white album photo. "The album also includes a couple of very special guests…I can't wait for you all to hear 'Hallelujah' written by and sung with the incredible @JohnLegend. ... September 25 can't come soon enough! #MyGift ✨ 🎁 "

Underwood has previously recorded several Christmas songs but said she has "always wanted to make a Christmas album" in a press statement.

"It's been a long time coming," she said. "I knew this would be my next music project after wrapping my tour last year, and I think it's turned out to be the perfect time for an album like this, in this period of such personal and spiritual reflection."

"For me, it's more important than ever to focus on the true meaning of Christmas in a project like this," she added. "Even though it has been a tough year for all of us, sometimes I feel like the greatest realizations can be inspired by the most difficult times, and make us more grateful for the things we do have and for what truly matters."

On Thursday, Underwood also announced that she will perform songs from her Christmas album in an upcoming holiday special "with a live orchestra and choir," set to premiere on HBO Max later this year.

"I’m thrilled to announce that we will be bringing my new album #MyGift to life with a Christmas special on @HBOMax this holiday season! 🎁 ✨," she wrote on Instagram alongside a video of the announcement.

The singer also previously shared a trailer for the album, which includes footage from her album cover photoshoot, her recording studio and a special message about how she came up with the album title.

My Gift will be released on Friday. 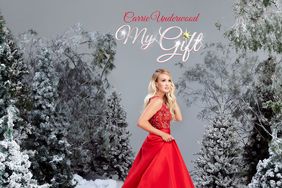 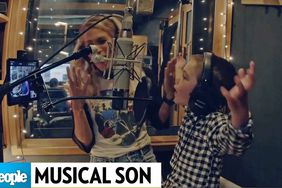 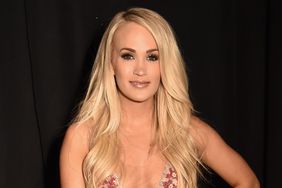 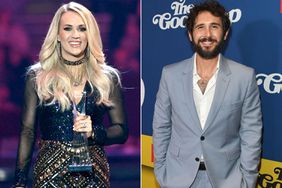