Cardi B Says Marriage with Offset 'Has a Lot of Drama' but Also 'Love,' 'Passion' and 'Trust'

"It's always us against the world," said Cardi B of her relationship with husband Offset

For Cardi B, the good far outweighs any negatives in her marriage with Offset.

In a new interview with ELLE for the magazine's September issue, the Grammy winner, 27, admits that her relationship with the Migos rapper, 28, can have "a lot of drama" at times, however, they still share a strong bond that keeps their marriage strong. The couple tied the knot in September 2017 and share 2-year-old daughter Kulture Kiari.

"I don't really like talking about love much, but I feel like I have to do it, just because I want people to know a little bit," Cardi told the magazine. "There's always rumors about me and my husband, and I feel like people would rather start rumors because they want me to be heartbroken. They want me to be hurt."

The rapper also joked that if everyone is "so curious to know about my relationship" then she's going to "put it in the f---ing music and you can buy it too." Said Cardi, "I'm not going to give it to you all for free."

Offset Spoils Cardi B for Mother's Day with 2 New Birkin Bags and $12,000 in Roses

In February 2019, Offset spoke about his marriage during an appearance on The Breakfast Club, revealing that he feared he was going to lose Cardi after rumors surfaced of his alleged infidelity that caused their split in December 2018. He also discussed what the pair did to repair their relationship after reconciling.

"You gotta go through steps and different things so that we can grow," he said at the time. "Not on the TV though, real behind the scenes, getting to know each other, getting to know who you're with and appreciate them all the way around. Because that one mistake made me appreciate her."

RELATED VIDEO: Cardi B Defends Including Kylie Jenner in 'WAP' Music Video as Fans Make Petition for Her Removal

Last week, Cardi released the steamy new single "WAP" with Megan Thee Stallion. The artist explained to ELLE that she intends for her music to alway make women feel empowered.

"But this [next] album is going to be really different. Of course, it's going to have my Lemonade moments, my personal relationship moments. … I don't want to just put out a single and have people buy it because I'm Cardi. I want to put out really good music." 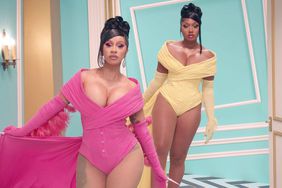 Cardi B Defends 'WAP' Against Those Who Claim Song Is Too Vulgar: 'It's for Adults' 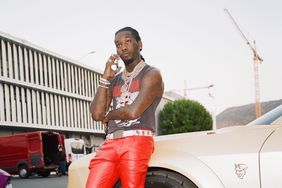 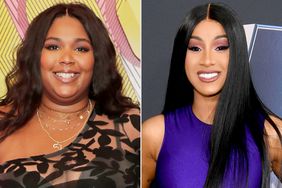