Camila Cabello Says She Hasn't Talked to Fifth Harmony Bandmates Since Departure: 'It Makes Me Sad'

"It was really intense and it's hard for me to talk about," Camila Cabello tells Billboard of reaching out to her Fifth Harmony bandmates after announcing that she was leaving the group

Camila Cabello says she hopes to eventually mend fences with her former Fifth Harmony bandmates, but so far, her attempts to reach out have gone unanswered.

In Billboard‘s new cover story, Cabello opens up about the fallout from leaving the girl group in December.

Asked if she’s been in touch with any of the other women – Lauren Jauregui, Ally Brooke, Normani Kordei and Dinah Jane – since then, Cabello said, “No.”

Further, she said she reached out directly to the women. “I don’t want to get into the details of that, because it was really intense and it’s hard for me to talk about. It makes me sad,” she said.

The 19-year-old said she was surprised by their reaction to her desire for a solo career, explaining, “I hoped that it would be a peaceful turning of the page and we would root for each other. But I only got love for them.”

Fifth Harmony was assembled by Simon Cowell during the second season of The X Factor in 2012 and placed third in the Fox reality singing competition, later signing a record deal with the music mogul which resulted in smash hits like “Work From Home.” An insider told PEOPLE in December that Cabello and the other members “hadn’t gotten along.”

The source added, “Camila never made it a secret she planned to do her own thing eventually.”

Cabello told Billboard that she’s unsure when her relationship with the other women started to change, explaining, “I was always super open [that] I couldn’t just sing other people’s words and be totally happy with that. ”

“You have to follow and honor that inner voice. I always encouraged the girls to do the same,” she continued, further noting, “I think that in a group there is always going to be tension, whether it’s because of this thing or [another] thing. Obviously, I think that rocked the boat.”

RELATED VIDEO: Remaining Fifth Harmony Members ‘Were Truly Hurt’ by Camila Cabello’s Departure After They ‘Pleaded’ She Stay for One More Album

Cabello also told the magazine about writing solo music while she was still in the band, admitting that she would wake up early and lock herself in hotel bathrooms, where she’d sing all day.

“I know people will try and turn this into, ‘Is she going to be more successful outside the group?’ ” said Cabello. “To me, if I’m in the studio every day and I’m growing as an artist and I’m speaking from my heart, that’s success. The results don’t matter. I mean, isn’t that the goal?”

Reflecting on the group, Cabello noted, “We represented all different kinds of women coming together.”

But still, she said, “We didn’t write our records. We were interpreting somebody else’s story. Fifth Harmony is an entity or identity outside all of us, and I don’t think anybody felt individually represented by the sound — we didn’t make it.” 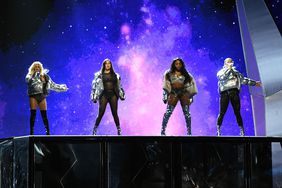 WATCH: Why Fifth Harmony Threw a Fifth Group Member Off the Stage at the MTV VMAs 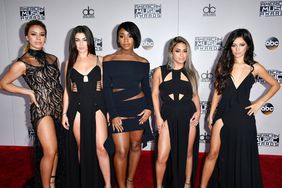 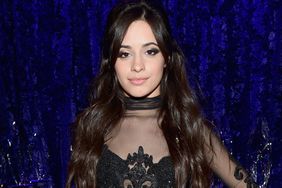 Camila Cabello Says Fifth Harmony Bandmates Knew of Her Plans to Go Solo: 'I Did Not Intend to End Things This Way' 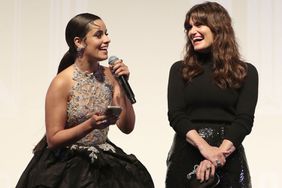