Camila Cabello opened up about her first date with Shawn Mendes in San Francisco at an intimate event in L.A. over the weekend

Camila Cabello may have denied her feelings for her boyfriend Shawn Mendes for months before the pair became official — even after they were spotted kissing in San Francisco — but in her latest work, the singer opens up about their relationship.

Mendes, 21, confirmed in October that the two had officially started dating on the Fourth of July.

During an intimate show in Los Angeles presented by New Music Daily and Apple Music on Saturday night, Cabello gave fans a first listen of her upcoming third album, Romance.

While discussing her new music, the singer, 22, detailed the various milestones of her journey to falling in love with Mendes, though she never referred to him by name.

“Oh God, I’m so nervous for this next song because I’ve never sang this before,” she said before introducing the song “Used to This,” a track about accepting the idea of actually being in love.

Indeed, that’s where the pair was first spotted kissing, causing fans to freak out over their budding romance.

Fans were quick to applaud when Cabello sang the lyrics, “No, I never liked San Francisco, never thought it was nothing special, ’til you kissed me there.”

The crowd got even more excited when she added, “No, I never liked windy cities, but I think maybe when you’re with me, I like everywhere.”

The song goes on to say, “No, I never did like tequila, but there’s something about when I see you, I think I need a drink.”

“That was the last song that I wrote for my album and that was the end chapter of Romance,” added Cabello, who said that she felt more like a painter than a songwriter while writing the track.

“Used to This” is just one of many love songs the singer will release on Romance — a word she felt was perfect to name her album.

“I think I just knew that I wanted it to be called Romance because I just want my life album to be called romance,” she said. “It’s not just really about falling in love, even though that was definitely what inspired it. It was, you know, kind of being in my first serious relationship and just learning — just loving and being loved as opposed to kind of crushing from far away.” 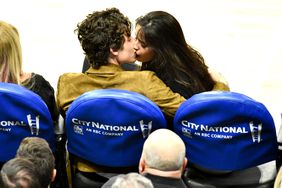 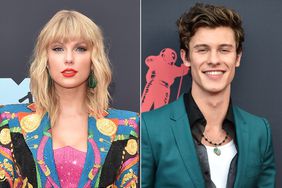 A 'Collaborashawn' to Remember! Taylor Swift and Shawn Mendes Release Remix of 'Lover' 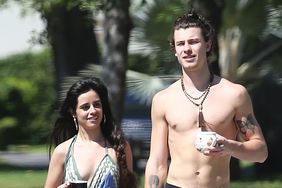 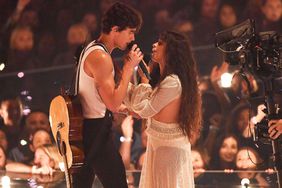