Congratulations are in order for Brynn Cartelli!

The fan-favorite contestant of season 14 — known for her mature sound and style — was crowned the winner of The Voice on Tuesday. The 15-year-old officially becomes the youngest finalist to win in series history as previous teen winners were Danielle Bradbery (season 4) and Sawyer Fredericks (season 8), both 16.

“Kelly behind the scenes is the same way you see her on camera. She is hilarious. She’s really real and caring. I’ve always looked up to her and now that I can get advice from her, it’s incredible,” Cartelli said.

“I’m gonna be Brynn’s big sis for life. One just because I love her parents. We would totally barbeque. She’s kind of stuck with me regardless if she desires it or not,” Clarkson joked. “I love being her friend, I love being her mentor and being her cheerleader.”

The star-studded evening featured special performances by Jason Aldean, James Bay, Big Sean, Florence + The Machine, Halsey, Dua Lipa and season 13 winner Chloe Kohanski. Cartelli was paired up with one of her idols Julia Michaels for a medley of “Issues” and “Jump,” and it couldn’t have been a better match.

As the youngest contestant on this season at 15 years old, the Massachusetts native balances her love for music with her busy school schedule and love for sports like lacrosse.

Establishing herself as a growing musician in her hometown through school talent shows, Cartelli enjoyed playing at local coffee shops and smaller venues before finding success on The Voice.

Cartelli auditioned not one, but two times — once in New York and then in L.A. — before taking the stage in front of the judges and getting a four-chair turn from during the blind auditions. She picked Clarkson because she said she has always been a fan of the “Piece By Piece” singer.

“[Kelly has been] setting me up for a future after the show so that everyone has an idea of who I am as an artist so that the fans who followed me on this journey get what they deserve from me, which is a pop/soul style of music,” Cartelli previously told reporters about what kind of coach Clarkson is, having been down this singing competition path, herself, when she won the first season of American Idol in 2002.

“She’s so encouraging and down to earth,” Cartelli — who just released her first single “Walk My Way” — said.

Baker finished in fourth place, Jade came in third and Buchanan was named the runner-up. 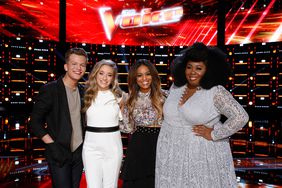 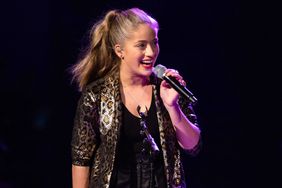