It’s Bruno Mars’ 33rd birthday and he can do whatever he wants to!

On Monday, while backstage at Bridgestone Arena in Nashville, Tennessee the “Finesse” singer made fellow musician Ed Sheeran serenade him.

“You know you’ve made it when you can hire Ed Sheeran to sing you Happy Birthday #ExtraForever! #HappyBrunoMarsDay!” Mars jokingly captioned a clip of Sheeran, 27, singing.

In the video, which was shared on Instagram, Sheeran can be heard belting “Happy birthday to three-time Super Bowl-performing Bruno,” as Mars munched on a cupcake assortment while wearing a gold party hat.

As the song came to an end, Mars demanded Sheeran start over, which he did without any objections.

Mars was in Tennessee is a part of his 24K Magic Tour, which kicked off in September. In August, the Grammy Award winner revealed he added singer Ciara to his tour after Cardi B dropped out to stay with her newborn daughter Kulture Kiari.

RELATED VIDEO: Ed Sheeran: I Took a Year Off to ‘Get to Know’ Now-Fiancée Cherry Seaborn

“As of today, I’ve decided I won’t be joining Bruno on tour this Fall,” Cardi, 25, wrote on social media. “I thought that after giving birth to my daughter that 6 weeks would be enough time for me to recover mentally and physically.”

“I also thought that I’d be able to bring her with me on tour, but I think I underestimated this whole mommy thing,” Cardi admitted.

Mars was more than understanding and responded by saying, “Most important thing is you and your family’s health. I know the fans will understand. You are absolutely doing the right thing.”

In addition to Ciara, Mars announced Charlie Wilson, Ella Mai and Boyz II Men will also be joining him on the road. 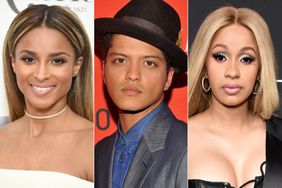 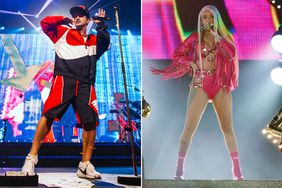 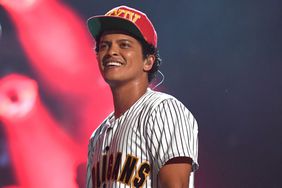