Britney Spears is assuring fans that she is doing well.

On Friday, the 39-year-old pop star posted a video on her Instagram page answering a series of fan questions. For the video, Spears was dressed in a crop top and jean shorts while addressing some much-requested topics — beginning with whether or not she gets dizzy when she records herself doing twirls in her home.

"I'm here to answer all of your questions, and the first main question you guys have been asking me is basically when I'm in my living room, do I get dizzy when I'm spinning so much?" she began.

"Yes, I get extremely dizzy but I'm a dancer so as long as I have a focus point for my head, as I turn as long as I keep finding that spot, usually in the end it's not as bad," Spears answered.

Next, Spears addressed the seemingly random photo of a vintage refrigerator that she posted to her page last month.

"The second question that you guys have been asking me is basically what does the red refrigerator mean on my Instagram?" Spears said.

"Honestly I just thought it was cool," she shared, noting that it had no deeper meaning. "I thought it was vintage, it was red and just really cool."

Finally, the singer answered another much-asked question: "Am I okay?"

"I'm taking a break right now because I'm enjoying myself," she added.

Britney Spears Gets the COVID Vaccine with Boyfriend Sam Asghari: 'I Felt Nothing'

In the caption, Spears explained that she filmed the video the day prior before adventuring into Malibu, California, for some shopping.

"This was me yesterday before I went to Malibu randomly in my boyfriend's brown blazer to stay in disguise ... the paps still found me 🙄🙄🙄 !!!!" she wrote. "I did find a cool new store that I suggest called @brandymelvilleusa 🛍️ 🛍️ 🛍️ … it's not a dressy store, more like a clothing store for women who love workout gear that has a touch of sweetness and a touch of hotness ... not just your typical leggings routine for working out ... they had some adorable dresses too 👗👗👗 !!!"

Earlier this month, Spears shared on Instagram that she got the COVID vaccine alongside her boyfriend Sam Asghari, telling fans and followers that she was feeling great at the time. 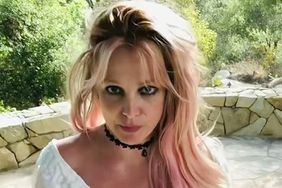 Britney Spears Says She Has 'No Idea' If She'll 'Ever Take the Stage Again': 'I'm Having Fun Right Now' 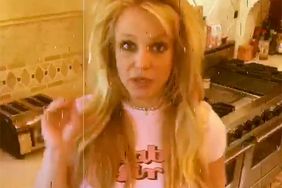 Britney Spears Slams Documentaries for Highlighting Her Trauma: 'So Hypocritical'