Days after her revealing statement to the court regarding her conservatorship, Britney Spears and boyfriend Sam Asghari have jetted off to Hawaii for a little R&R.

The two were photographed strolling in Maui after arriving on Thursday. Asghari, 27, had previously shared video clips of him and Spears, 39, goofing around on a private jet as they traveled to the island.

"Britney is excited to be back in Hawaii. It's her favorite place. She can't get enough. She would move there if she could," a source tells PEOPLE. "Sam has a career in LA though so it would be hard for him to move."

"This past week was very stressful for both of them. They are trying to enjoy a few quiet days together," the source adds.

The couple have been dating for nearly five years, after meeting when the model and actor appeared in the music video for Spears' song "Slumber Party."

"Sam has been Britney's rock for years. He makes sure that she eats well and works out," a source told PEOPLE earlier this week. "She leans on him for everything. He works and has his own life too, but is around as much as he can."

He supported Spears again Wednesday when she appeared in court virtually to ask for an end to her conservatorship without undergoing a psychological evaluation. Shortly before, Asghari posted a photo of himself wearing a #FreeBritney T-shirt on his Instagram Story.

In her lengthy statement, Spears claimed she wishes to marry and have a child with Asghari but cannot due to an IUD required by her conservators.

"I would like to progressively move forward and I want to have the real deal. I want to be able to get married and have a baby. I have an [IUD] inside of myself so I don't get pregnant. They don't want me to have children - any more children," Spears alleged.

In February, Asghari spoke to PEOPLE about being by Spears' side following the release of an unauthorized New York Times documentary about her life and conservatorship.

"I have always wanted nothing but the best for my better half, and will continue to support her following her dreams and creating the future she wants and deserves," he told PEOPLE exclusively then. "I am thankful for all of the love and support she is receiving from her fans all over the world, and I am looking forward to a normal, amazing future together." 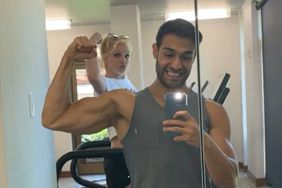 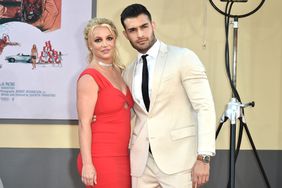 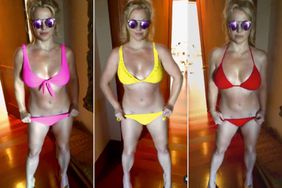