Start spreading the news, Britney Spears is a big fan of Frank Sinatra — and Snapchat.

The pop star paid tribute to Ol’ Blue Eyes with a rendition of his Big Apple anthem “New York, New York,” adding a special twist to match her newfound status as a social media queen. Spears sang her version through a Snapchat filter, transforming her famous face into a furry one and her voice into a pipsqueak. Perhaps a nod to her Mickey Mouse Club days?

“Who doesn’t love Sinatra??” she captioned the funny video, which she shared on Twitter.

This is not the first time Spears has belted the classic. She delivered a brassy version onstage during her early days as a child vocal powerhouse, complete with sequined top hat and tuxedo unitard.

When she’s not busy serving up covers of Broadway standards, Spears also found time to attend the Hollywood Beauty Awards in L.A., where she was being honored. Taking her fashion show from her hallway-turned-runway to the red carpet, Spears donned not one but two of her preferred styles: short, sparkly and sheer minidresses.

In Spears’ acceptance speech, she said her sons Sean Preston, 12, and Jayden James, 11, were happy for her to get out of the house, though they did think she was going to the Oscars. She turned the evening into a date night as well, stepping out with beau Sam Asghari, whom she recently said “inspires [her] to be a better person.” 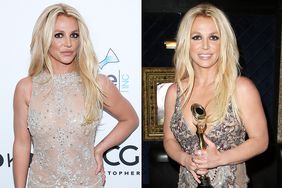 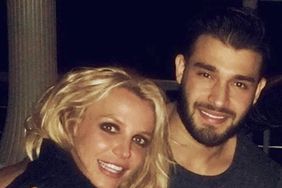