Britney Spears is calling out the people in her life who are only just now showing their support.

Amid her well-publicized conservatorship battle, the 39-year-old pop star shared a quote on her Instagram page, reading "Never forget who ignored you when you needed them and who helped you before you even had to ask."

Spears continued, "How dare the people you love the most say anything at all … did they even put a hand out to even lift me up at the TIME !!!??? How dare you make it public that NOW you CARE … did you put your hand out when I was drowning ????"

"Again … NO … so if you're reading this and you know who you are … and you actually have the nerve to say anything about my situation just to save face for yourself publicly !!! If you're gonna post something …. Please stop with the righteous approach when you're so far from righteous it's not even funny …. 🖕🏼🖕🏼🖕🏼 and have a good day !!!!!" she concluded. "PS if you're reading this today and you can relate …. I'm sorry because I know what it's like … and I send you my love 💋💋💋 !!!!"

Spears has received a wave of public support from fans, fellow celebrities and her own family members after taking the stand during a June 23 court hearing and speaking out about her 13-year conservatorship for the first time.

At the time, Spears made numerous bombshell allegations, including how she was required to have an IUD and was not allowed to have more children. (The pop star is mom to sons Sean Preston, 15, and Jayden James, 14, from her previous relationship with ex-husband Kevin Federline.)

"The main reason why I'm here is I want to end the conservatorship without having to be evaluated," Spears told the court at the time. "I shouldn't be in a conservatorship if I can work and provide for myself and pay other people. It makes no sense. The laws need to change. I've worked since I was 17 years old."

Since the June 23 hearing, her estate co-conservator Bessemer Trust, her longtime manager Larry Rudolph and her court-appointed attorney Sam Ingham III have resigned from their positions.

The "Toxic" singer's most recent win came on Wednesday, when Judge Brenda Penny approved Spears and her personal conservator Jodi Montgomery's request to hire her own lawyer for her conservatorship case following Ingham's resignation.

She was also granted permission to hire Mathew Rosengart — whose firm has represented the likes of Steven Spielberg, Sean Penn, Ben Affleck and Eddie Vedder.

During the hearing, the singer called in via phone and told the judge that she'd like to press charges against dad Jamie Spears, who is the co-conservator of her estate, for what she called "conservatorship abuse."

"I want to press charges against my father today," she said, according to CNN. "I want an investigation into my dad."

Jamie and his lawyers have not responded to multiple requests for comment. In a court document filed after Britney's June 23 hearing, Jamie's lawyer said the pop star's father "was greatly saddened to hear of his daughter's difficulties and suffering."

The next day, a source close to the situation told PEOPLE that the star has imminent plans to file a motion seeking to remove her dad as the conservator of her estate.

"That's her main goal," said the source, who noted that Spears' new lawyer, Rosengart, will also be asking the court to forgo a mental health evaluation for his client.

"She's really happy and excited that she has new representation," the insider added. "She feels like she's finally heading towards ending this." 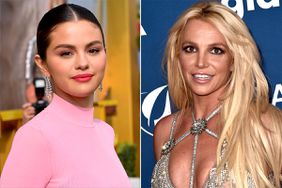 Selena Gomez Gifts Britney Spears with Her Favorite Makeup Products and a Bikini: 'Love You So Much' 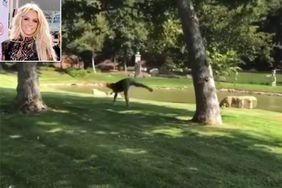 Britney Spears Speaks Out About Continuing Family and Legal Drama: 'This Conservatorship Killed My Dreams'