"That voice is one in a zillion," Ariana Grande told team Blake Shelton's Wendy Moten after her performance with Manny Keith during The Voice's Battle Rounds

The Voice's Wendy Moten and Manny Keith are giving all the reasons to keep the faith.

In a sneak peek of Monday night's Battle Rounds episode — shared exclusively with PEOPLE — the two team Blake Shelton artists brought down the house with their powerful duet of Sting's "If I Ever Lose My Faith In You."

After the performance, coach Ariana Grande addressed Keith, 31, first and said, "From the moment you walked out, your energy was so amazing."

"I loved it so much," she said. "You have this really unique vibrato which I think is so cool and so uniquely you. I think it's probably the hardest thing in the world to sing with Wendy."

She then turned her attention to Moten, 56, and said, "Oh my God, that voice is one in a zillion."

"Obsessed. Goosebumps everywhere. Leaving my body, like hovering watching this from an out of body experience," she said. "It's unreal what you can do. Every time you perform for us, I don't stop thinking about it. You both were incredible, but I would have to give this to Wendy."

Ed Sheeran Is Announced as The Voice's Season 21 Mega Mentor

Coach John Legend told them they both looked "like stars up there" before giving them a "minor note."

"You were giving very different interpretations physically," he said. "It felt like you weren't performing together, but I love you both."

Coach Kelly Clarkson said that while Keith "was the music," Moten "was the words."

"Manny ... I couldn't keep my eyes off you," she said. "I loved your runs, your vibrato, it was so cool. Wendy ... you were the message. I've done quite a few singing competitions all over the world, and this was literally one of the best things I've ever heard, ever."

"You were a four-chair turn, and we all wanted you on our teams and are still wondering why you're on Blake's," she added. "But if you don't make the finale, something is wrong with the world."

Shelton, 45, followed Clarkson's comments up with a joke about how "when Wendy came to this show, she couldn't sing."

"Two rehearsals with me, and this is what happens," he said, as the crowd laughed. "Wendy, I got to agree with everyone else: I don't know why you chose me as your coach, but thank you to The Voice gods for shining down on me in that moment."

Shelton also commended Keith for all of his "hard work" ahead of the performance.

"Manny knew what he was up against," he said. "You stood toe to toe with Wendy up there, and, man, you sang the hell out of it. You had challenges, you had problems in rehearsals, and you figured out a way to get through it and get better."

Keith is a Miami resident who got the courage to pursue a singing career in 2017, after his mother died from cancer. He started singing in wedding bands and even caught the attention of Katy Perry after posting a cover of one of her songs online.

While Keith currently works as a web platform architect, he came to The Voice to see if he has what it takes to pursue music full-time.

Moten, meanwhile, is a Nashville resident who for five years was a signed recording artist. During that time, she opened for Michael Bolton and had a song chart on the Billboard Hot 100.

When her recording contract ended, Julio Iglesias made her his duet partner, and she spent the next 15 years touring with him and traveling the world. Almost 30 years after the release of her first single, Moten is ready for the spotlight again on The Voice.

Whomever Shelton ended up picking as the winner of the Battle Round will be revealed during Monday night's episode of The Voice airing at 8 p.m. EST on NBC. 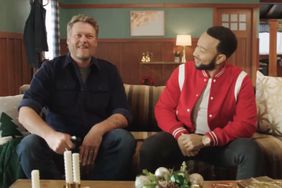 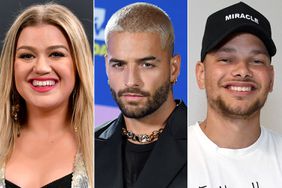 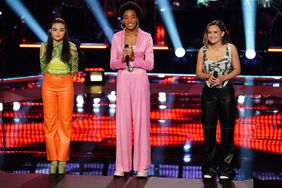 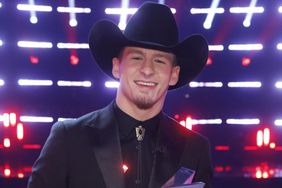 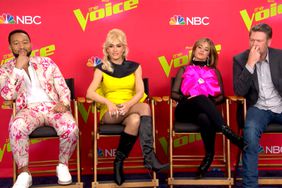 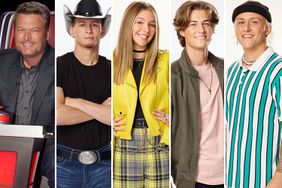 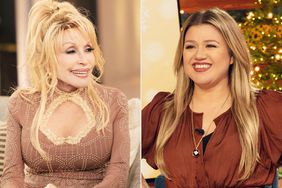 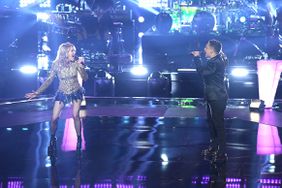 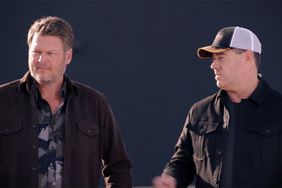 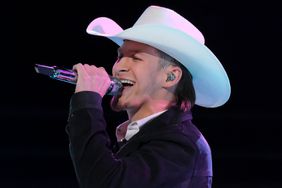 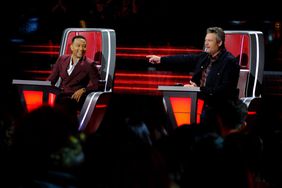 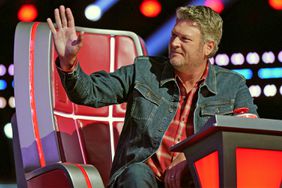 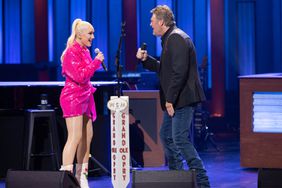