Blake Shelton and Gwen Stefani Are Ready to Wed: 'He Was Very Serious Right from the Start' Says Source

Blake Shelton and Gwen Stefani are more in love than ever, but can't tie the knot just yet, sources tell PEOPLE in its latest cover story

After four years together, Blake Shelton and Gwen Stefani are ready to take the next step.

Constantly followed by rumors of a secret engagement or wedding, the couple — who have teamed up for a new love song, “Nobody But You,” featured on Shelton’s newest album Fully Loaded: God's Country (out Dec. 13) — have hit a roadblock as they plan their future together, multiple sources tell PEOPLE in its latest cover story.

“Blake was very serious about Gwen right from the start, and early on he thought about proposing,” says a Stefani insider. But the former No Doubt rocker, who is a practicing Roman Catholic, hopes to have a church ceremony with the country star. (Stefani, 50, was previously wed to Bush frontman Gavin Rossdale, 54, for 13 years before the pair split in 2015.)

Still, the Voice coaches are certain they’ve found “the one” in each other and are “very serious” about their relationship, says a friend of the couple. “It’s definitely headed toward marriage.”

Over the last few years, Shelton, 43, has become a second father figure to Stefani’s sons, Kingston, 13, Zuma, 11, and Apollo, 5, and the singers’ respective families have also become close.

WATCH: Blake Shelton and Gwen Stefani Have Been Talking About Wedding Bells!

“They’re all very like-minded and comfortable with each other,” says the friend. “Gwen brings this sparkle to the country world. Her love for Blake is clear, and she’s been embraced by everyone.”

And now with any heartbreak firmly in the past, the couple are focused on living a full life together.

“They fall more and more in love with one another, and their happiness quotient keeps rising,” says the friend.

For all the details on Blake Shelton and Gwen Stefani’s blissful romance and plans for the future, pick up the latest issue of PEOPLE, on newsstands Friday. 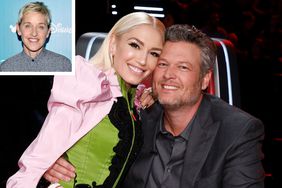 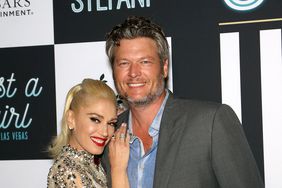