Billie Eilish Forgets Her Lyrics at Coachella: What Are 'the Words, Though?'

The singer quickly recovered, much to the delight of the crowd

Billie Eilish may be just 17, but the “Bury a Friend” singer is already handling her slip-ups like a seasoned veteran.

Eilish performed at the Coachella Music and Arts Festival Saturday, and smoothly recovered after forgetting the lyrics to her song “All the Good Girls Go to Hell.”

In video shared to social media, Eilish begins the song’s second verse, but soon trails off, filling in her lyrics with “da da da da” for about seven lines.

By the verse’s end, Eilish had recovered and was able to jump right back in.

The singer’s fans did not seem bothered by the gaffe, as they cheered her along until she was able to continue.

The performance even got the Justin Bieber seal of approval.

According to Variety, Eilish also had to endure some technical difficulties during her performance, as she brought out rapper Vince Staples for “Watch/ &Burn,” but his microphone was accidentally muted for the entire song.

Eilish’s debut album, When We Fall Asleep, Where Do We Go?, was released in March, and debuted atop the Billboard 200 chart.

As part of her exclusive Marriott Bonvoy Moment, Eilish also stopped by to meet some of her fans over the weekend.

Her set at the annual music festival in Indio, California, came the same day Ariana Grande took the stage in what was just the fourth time a woman has headlined.

Grande’s hit “Break Up With Your Girlfriend, I’m Bored” samples the 2000 *NSYNC track “It Makes Me Ill,” though the group also sang “Tearin’ Up My Heart.”

The “God Is a Woman” singer also brought out Nicki Minaj for a cameo on their shared tracks “Side to Side” and “Bang Bang,” and Diddy, who sang “Mo Money Mo Problems.” 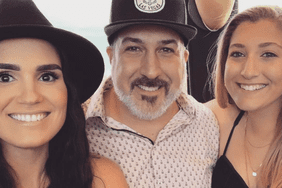 Joey Fatone Got 'Teary-Eyed' at 'NSYNC Coachella Reunion as Daughter, 18, Cheered Him On 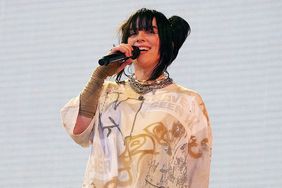 Billie Eilish Falls Face First on Coachella Stage and Laughs It Off: 'It Was Dark!'