Billie Eilish Reflects on Her 'Horrible Body Relationship,' Unexpected Side Effect of a Diet Pill

"I remember taking a pill that told me that it would make me lose weight and it only made me pee the bed," Billie Eilish recalled

Her longtime idol Tyler the Creator once said she "dresses like a quarterback," a description that sums up Billie Eilish's signature body-obscuring style.

The 19-year-old singer has often talked about her sartorial choices and how her body insecurities affected her body image. She even confronted body-shamers last March by releasing a video of herself slowly stripping down to a bra before sinking down into a black-colored liquid.

But months later, during her day off in October, a much-talked-about photo of Eilish circulated online due to the fact that the star was simply wearing a tank top that was more form-fitting than her usual attire. In a new Vanity Fair cover story, Eilish reflected on that pap picture.

"I think that the people around me were more worried about it than I was, because the reason I used to cut myself was because of my body. To be quite honest with you, I only started wearing baggy clothes because of my body," she said.

Describing the growth she's had with her body image, Eilish, who has an auditory processing disorder and was diagnosed with Tourette's syndrome, said she's in a healthier mindset these days compared to her early teen years.

"I was really, really glad though, mainly, that I'm in this place in my life, because if that had happened three years ago, when I was in the midst of my horrible body relationship—or dancing a ton, five years ago, I wasn't really eating. I was, like, starving myself," said the five-time Grammy winner, who suffered a growth-plate injury that axed her dance dreams.

"I remember taking a pill that told me that it would make me lose weight and it only made me pee the bed—when I was 12. It's just crazy. I can't even believe, like I—wow. Yeah," Eilish said before circling back to that pap photo: "I thought that I would be the only one dealing with my hatred for my body, but I guess the internet also hates my body. So that's great."

More of Eilish's retrospective remarks will surely be revealed soon in her upcoming Apple TV+ documentary The World's a Little Blurry, in which she details a romantic relationship that she'd never wanted to talk about publicly.

"That was a huge part of my life," Eilish told Vanity Fair. "And nobody knew it. It was this main thing that was taking control of my life." Also in a recent video interview for the publication, she said she felt the "most trapped" when she was "in a relationship that was very emotionally abusive."

Elsewhere in the cover story, she talked about her reaction to watching her coming-of-age story on screen. "It's really about my life, me, in such a way that I was not expecting, and was pretty brutal to relive. I was going through hell in certain parts of my life, and I had no idea anyone was seeing it," she said.

Eilish relived moments from that relationship in the doc, but clarified to Vanity Fair that she's currently not seeing anyone. "I am glad every day that I'm single, but I'm also like, not out here pushing people away. I'd be fine to have somebody, but I don't," she shared.

One thing Eilish is not (and has not been) pushing away is her music career. In the midst of celebrating the chart-topping successes of "Therefore I Am" and "No Time to Die," the theme song for the much-delayed James Bond film of the same name, she has been working on her next release.

Finneas, her older brother and most-trusted producer, told Vanity Fair that the new album will be "a continuation of Billie's life story" and how much she's grown musically. "Even just little moments of variety, like on 'No Time to Die,' she has a big belt moment that a couple of years younger Billie might not have had the training or the stamina to do," he said.

Billie Eilish: The World's a Little Blurry will be released on AppleTV+ on Feb. 26. 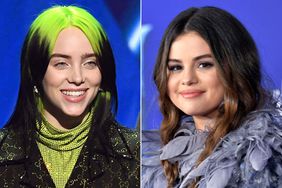 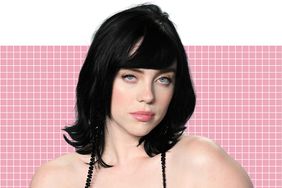 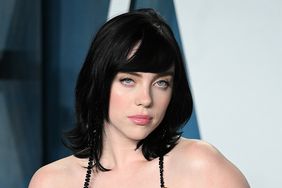