Speaking to Vogue, Billie Eilish discussed her friendship with the rapper who is 15 years her senior

Billie Eilish has something to say to those who are questioning her friendship with fellow musician Drake.

Speaking to Vogue for their March 2020 issue, Eilish, 18, discussed her friendship with the rapper, who is 15 years her senior.

“The internet is such a stupid-ass mess right now,” she shared. “Everybody’s so sensitive. A grown man can’t be a fan of an artist?”

The “when the party’s over” singer went on to say, “There are so many people that the internet should be more worried about. Like, you’re really going to say that Drake is creepy because he’s a fan of mine, and then you’re going to go vote for Trump? What the f— is that s—?”

Drake previously came under public scrutiny last November when Eilish initially revealed that the two text one another.

During the 2019 edition of “Same Interview, the Third Year,” for Vanity Fair, the young crooner was asked about the most famous person she has in her phone. After listing celebrity contacts including Ariana Grande and Justin Bieber, Eilish then mentions Drake, whom she claims is “the nicest dude I have ever spoken to.”

The internet was set ablaze by the claims that the “Hotline Bling” rapper was texting the then-underage Eilish, similarly comparing it to the time Stranger Things starlet Millie Bobby Brown, 15, revealed that she and Drake text.

In the Vogue cover story, Eilish also discussed her recent Grammy takeover, where she scored wins in all four of the major Grammy categories.

“That s— was f— crazy,” she shared. “If anything it’s an exciting thing for the kids who make music in their bedroom. We’re making progress, I think, in that place — kids who don’t have enough money to use studios.”

Overall, Eilish took home awards in five of the six categories she was nominated for — including best new artist and album of the year — and is showing no signs of slowing down. With an upcoming “special” performance set for the 2020 Academy Awards and a world tour set to start later this year, Eilish is on an unstoppable roll. 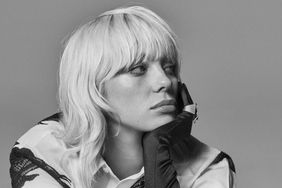 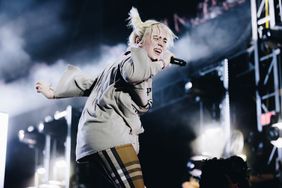