Bhad Bhabie — who is known for her viral appearance on Dr. Phil and her "Cash Me Outside" catchphrase — reportedly spent $40,000 on porcelain veneers

Cash Bhad Bhabie outside with a new smile.

The 15-year-old rapper (née Danielle Bregoli) — who is known for her viral appearance on Dr. Phil that spawned her “Cash Me Outside” catchphrase — reportedly spent $40,000 on porcelain veneers and has been rocking her new look since Thursday, according to TMZ.

The following day, Bhabie showed off her smile by sharing a video to her Instagram account of herself rapping and gave a shoutout to Beverly Hills dentist Dr. Aamir Wahab in the caption.

Bhabie also shared a screenshot of the TMZ article about her teeth to her Instagram Story and wrote, “Thank u @draamirwahab U the GOAT [greatest of all time] bich.”

TMZ reports that Bhabie spent two four-hour sessions getting the procedure done, which included eight top teeth and eight bottom teeth, in order to fix crowding in her bottom row.

Dr. Wahab posted a photo to his own Instagram account on Friday of him posing with Bhabie in what looks to be his office.

“@bhadbhabie stopped by for a new grill by Dr. Aamir Wahab,” he wrote in the caption.

In November, Bhabie took her long-brewing social media feud with fellow rapper Iggy Azalea to the next level when they crossed paths at the Fashion Nova x Cardi B Collection launch event in Los Angeles. According to Azalea, Bhabie threw a drink on her at the party.

The alleged incident came days after Bhabie clapped back at Azalea, who had seemingly thrown shade about the teen’s upcoming tour on Instagram by questioning if a friend was attending Bhabie’s concert.

“U should come. Would be a good memory for u of what a sold out show looks like,” Bhabie wrote, in a comment captured by The Shade Room — poking fun at Azalea’s recently canceled 21-city tour.

For her part, Azalea seemed to laugh off the drink throw. “Am I just going to have a half and half wig for the rest of the night?” Azaela said in a video on her Instagram story. “What kind of Jerry Springer, ‘Who’s Baby Is This?’ Dr. Phil s— is this? Oh my God, I am a grown up!”

“So the Dr. Phil girl is really upset about me apparently and thought I’d fight a child?!” she added. “LOL anyway! The fashion nova party is LIT!”

Bhabie, on the other hand, wrote on her Instagram Story, “Don’t talk s— on the Internet Iggy. U a bitch just mad a 15 year old outsold ur ass. NEXT. Glad u left wit a bag cuz u certainly ain’t making no money from music anymore.”

Rather than get physical, Azalea claimed that she had Bhabie “removed” from the event by security.

“Imagine me scrambling around the floor in a dirty night club trying to hit a teenage girl. Girl. NO. I’m grown and will simply have you REMOVED and continue enjoying myself,” Azalea wrote on Twitter in a since-then deleted Tweet. “#YouNotSpecial. Anything else from her mouth is ignored — it’s too preschool for me.”

Next, Bhabie will reportedly star in a Snapchat docuseries called “Bringing Up Bhabie.” 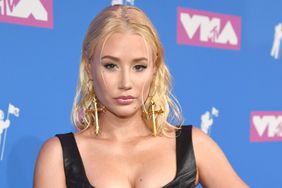 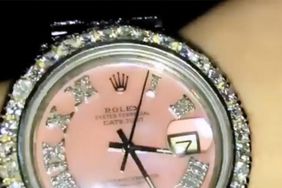 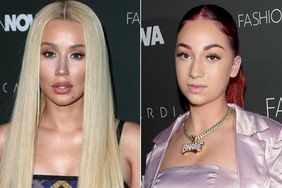 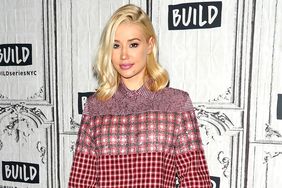 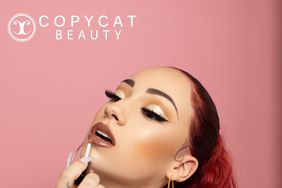 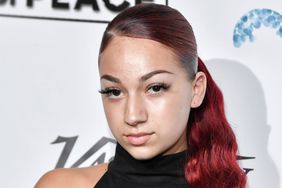 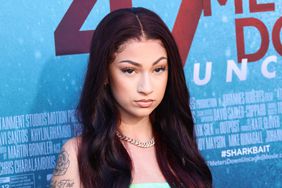 Bhad Bhabie, 16, Announces She's Taking a Break from Instagram for Her 'Mental Health'