Kelly Rowland‘s 38th birthday was complete with a little love from her pal Beyoncé.

The Grammy-winning Lemonade singer made a sweet Instagram post on Monday in honor of her friend and former Destiny’s Child group mate, sharing a collection of throwback snapshots showing the duo goofing around in their younger years.

One super-cute black-and-white photo featured Rowland as a small child, wearing a graduation cap and gown and holding a rolled-up diploma as she flashed a megawatt smile at the camera.

“Happy Birthday Kelly! 🐘 I love you Deep Deep. BIG deep,” Beyoncé, 37, captioned her post. “Me and you, 👏🏽 us never part, 👏🏽 Makidada 🎶 💜💪🏾 Walking through them middle school hallways like ‘Rollin Rollin Rollin’ 😘”

The tight-knit duo have a history of supporting each other, both in their everyday lives and at special events like baby showers and birthday parties.

For Rowland’s 35th birthday in 2016, both Beyoncé and the final member of the DC trio, Michelle Williams, struck poses with Rowland for a series of photo booth snaps.

Beyoncé’s mom Tina Knowles Lawson also got in on the fun, joining the DC women plus husband Richard Lawson and daughter Solange for even more photos.

“We look like members of The Addams Family,” the matriarch wrote of one Instagram snap featuring Bey.

While Destiny’s Child hasn’t put out an album together in almost 15 years, the gals did get together for an epic reunion at Coachella 2018 that shocked many festival-goers who were present for Beyoncé’s set.

After rumors spread that Rowland and Williams, 38, would also be joining Beyoncé and husband JAY-Z for their On The Run II tour that summer, Rowland told PEOPLE that there hadn’t even been any talk about the possibility.

But she cherishes the time the trio spent together performing at Coachella, saying that despite the “long days” it was “so fun” to reunite on stage.

“I think the best part was it felt like we were just on stage yesterday,” Rowland told PEOPLE. “It didn’t feel like it was years that we haven’t been together, and that’s how natural we are together as friends, as sisters.” 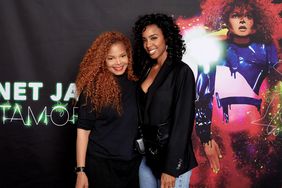 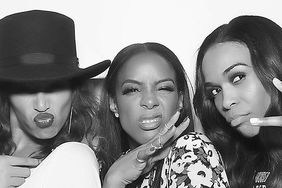 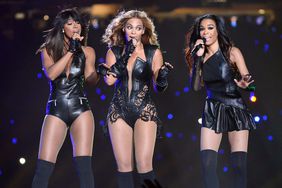