New Mom Beyoncé Steps Out for Sushi with JAY-Z 7 Weeks After Delivering Twins: All the Date Night Details

JAY-Z and Beyoncé ran the town (Wednesday) night as they stepped out for a date at a local sushi joint.

The duo stepped out for a parents’ night out sans their three children just seven weeks after welcoming their twins — daughter Rumi and son Sir.

With raw fish a pregnancy no-no, JAY-Z and Beyoncé made it a point to dine at their “longtime favorite” restaurant, Sushi Park, now that the babies are here, a source tells PEOPLE.

“They have been many times in the past,” the source continues. “Both of them love great sushi. They had a date night without the kids.”

On Friday, Beyoncé posted photos from the evening to Instagram — including a photo of herself enjoying a glass of red wine.

At the restaurant – where JAY-Z has taken pal Chris Martin for dinner in the past – the couple “sat at a table and had the omakase,” adds an onlooker.

“They seemed great. They were both in a great mood — they chatted and were friendly. They had a bodyguard wait outside the restaurant. They stayed for about an hour,” the onlooker tells PEOPLE.

In the weeks since making 5-year-old daughter Blue Ivy a big sister, Beyoncé and JAY-Z have been popping up all over the place. From the private celebration for JAY-Z’s Roc Nation artist Vic Mensa, to getting back to their fitness grind at SoulCycle, the pair is having no trouble getting back into their normal routine. The “Lemonade” singer even attended a recent Missy Elliott concert with her sister, Solange.

The family is currently living in a $400,000 per month rental home in Malibu and are still looking for a permanent home closer to Blue’s school.

“Beyoncé is happy with just being a mom right now. She has no plans to work,” an insider previously told PEOPLE about the star’s current slower pace. “She seems relaxed and very happy. Everything is good with her and Jay, and they seem to have a lot of fun raising their family together.” 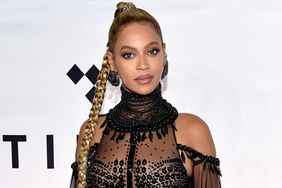 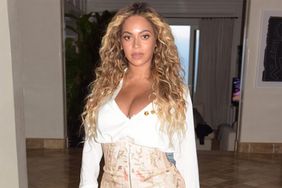 Beyoncé Hits SoulCycle (with JAY-Z!) 6 Weeks After Welcoming Twins: How They're 'Motivating Each Other' 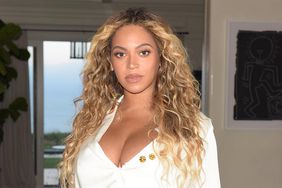 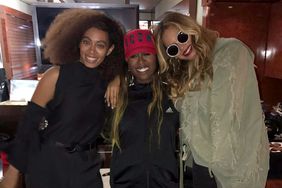 Work It! Beyoncé Steps Out with Solange to Attend Missy Elliott Concert 5 Weeks After Twins' Birth 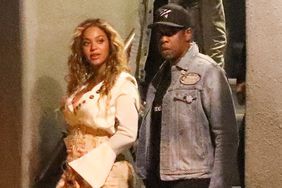