Surprise! Beyoncé and JAY-Z Release Joint Album 'Everything Is Love'

Just over a week after Beyoncé and JAY-Z kicked off their joint On the Run Tour II, the pair released a new joint album called Everything Is Love

Hope you didn’t have any Saturday night plans!

Just over a week after Beyoncé and JAY-Z kicked off their On the Run Tour II, the pair shocked their fans by releasing a new joint album called Everything Is Love. The nine-track LP, which lists the powerhouse couple simply as The Carters, is currently available on streaming services.

A video for new track “Apes—” was shot by Ricky Saiz on location at The Louvre in Paris in May dropped simultaneously.

The couple announced the album during their concert in London on Saturday, with “album out now” text appearing on a screen.

“You’ve all given so much love every time we come here — thank you. Because we love you all so much we have something special for y’all,” Beyoncé told the crowd. “We want you guys to be the first to experience this new project. And we have a new visual for you guys. We want you all to count down — 10, 9, 8…”

While fans had no idea the album would be dropping on Saturday, during an interview with the New York Times last year, JAY-Z revealed that both he and his wife had been working on new music together for a while but took a break so that she could focus on Lemonade instead.

“Her album came out as opposed to the joint album that we were working on,” he said, explaining that Lemonade was closer to being completed at the time.

Teasing their future collaboration, he added, “We still have a lot of that music.”

While the pair’s album came as a surprise to their fans, many had previously assumed the new music would be released to coincide with their 10th wedding anniversary in April.

But when nothing came, the Beyhive swarmed.

“That mysterious silence from Jay-Z and Beyoncé for their 10th anniversary is scaring me,” wrote one fan.

The pair have previously collaborated together numerous times, including on 2003’s hit “Crazy in Love,” “Drunk in Love” and this year’s “Top Off.” 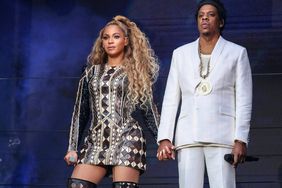 The 16 Most Beyoncé Things That Have Ever Happened 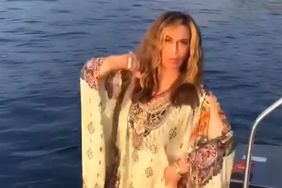