The mother of three did not perform or go on stage

Beyoncé celebrated a night out all for a good cause.

The superstar, who delivered twins Rumi and Sir in June, made a low-key appearance at Tidal x Brooklyn, held at the Barclays Center and benefitting those affected by Hurricane Harvey and Hurricane Irma.

During his set, JAY-Z performed the couple’s duet “’03 Bonnie & Clyde,” which recently celebrated its 15th anniversary. However, Bey did not make a cameo on stage.

“Psych, y’all think Bey is coming out or something but we ain’t doing that tonight,” he told the crowd.

In September, Beyoncé, 36, visited her hometown of Houston, Texas, which was devastated by Hurricane Harvey.

Speaking to a group of survivors at St. John’s Church, Beyoncé told the group: “This today is a celebration of survival.”

She continued: “This church is my home. I was maybe nine or 10-years-old the first time I sat there where my daughter is sitting. I sang my first solo here and I just wanna thank you for lifting my family up, for praying for me and for being such an incredible example of what light and love is.”

Calling the congregation her “family,” Beyoncé continued: “Houston is my home. I thank God that you’re safe, your children are safe … I just wanna say I love you. I’ve been blessed so that I can bless other people and I ask of God to continue to do that for other people.”

“My heart goes out to my hometown, Houston, and I remain in constant prayer for those affected and for the rescuers who have been so brave and determined to do so much to help,” Beyoncé said in a statement to The Houston Chronicle.

“I am working closely with my team at BeyGOOD as well as my pastor [Rudy Rasmus at St. John’s in downtown Houston] to implement a plan to help as many as we can,” she added. 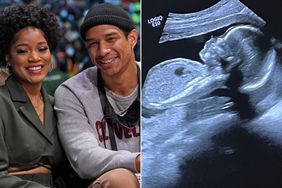